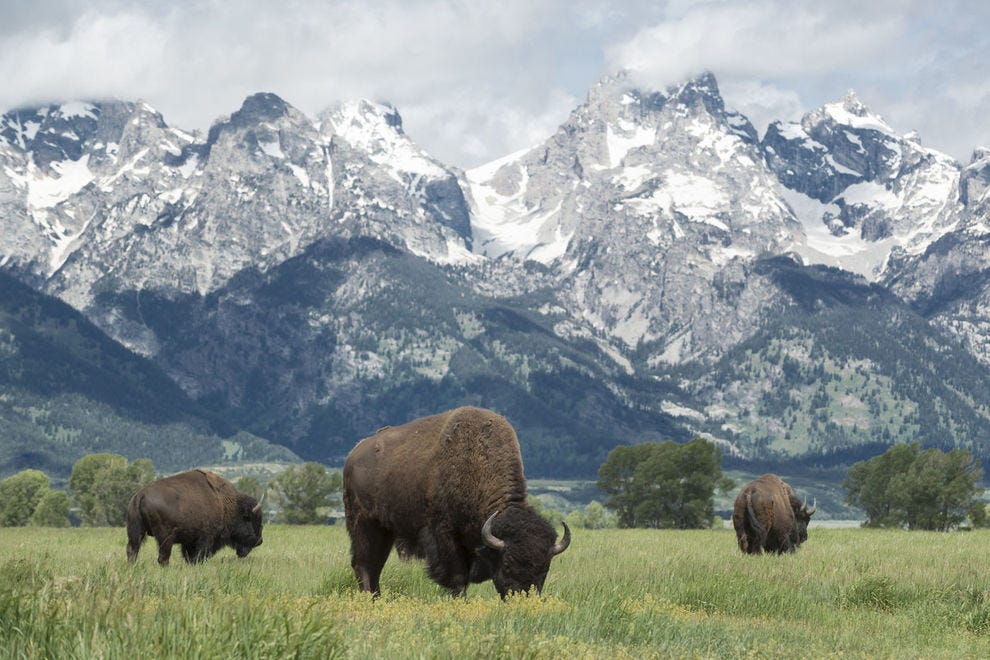 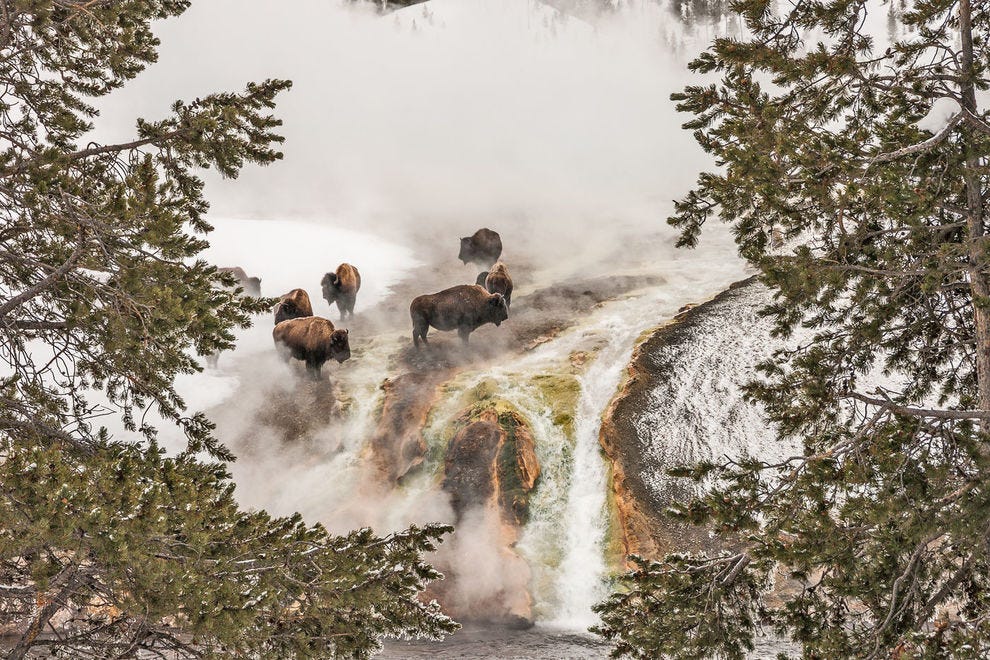 Visiting our country’s national parks puts you in the middle of stunning natural landscapes, but it’s the critters that call these parks home that really put the “wild” in wilderness.  Here are just 10 examples of amazing animals you can see across the nation. 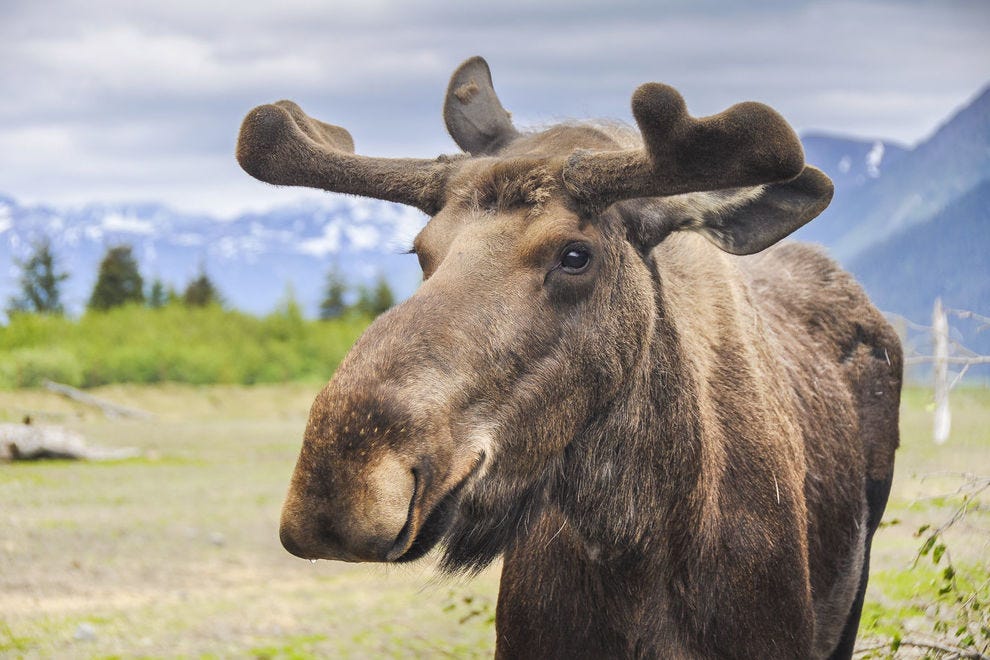 Weighing as much as 1,400 pounds, the moose is considered one of the most majestic and dangerous creatures living in U.S. National Parks. This largest member of the deer family can be found in spruce, aspen and willow forests throughout the northern United States and Canada, but Alaska’s Denali National Park is one of the best places to spot them. 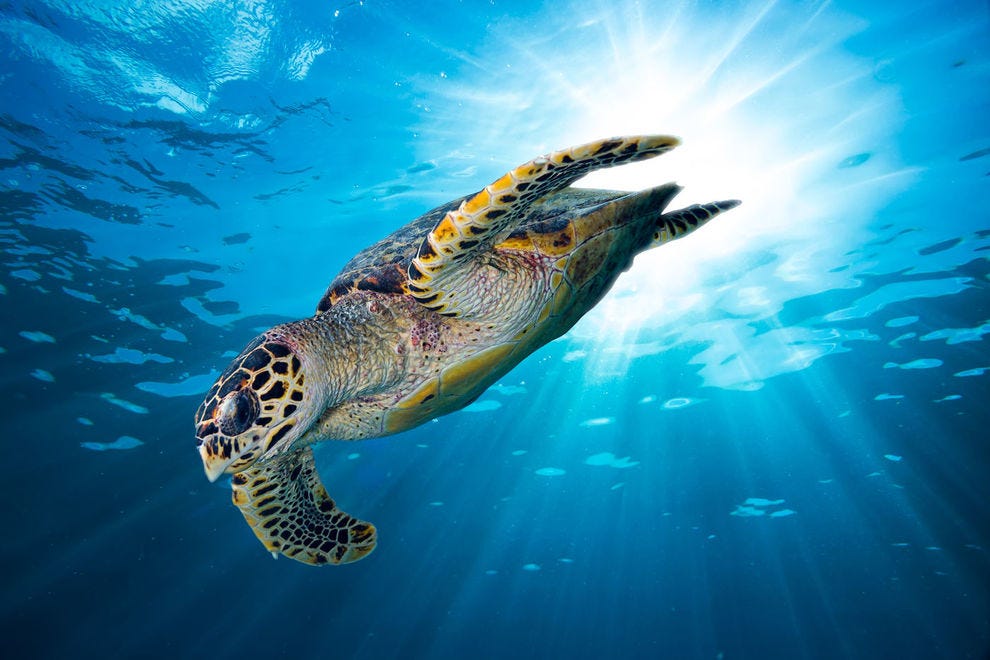 When it comes to exotic wildlife, Hawaii reigns supreme, with 90% of their state and national parks’ species found nowhere else in the world. One of the species that lives in the waters of Hawaiʻi Volcanoes National Park – though not isolated to this area – is the hawksbill sea turtle, a critically endangered marine reptile that feeds on jellyfish, seaweed and small crustaceans. 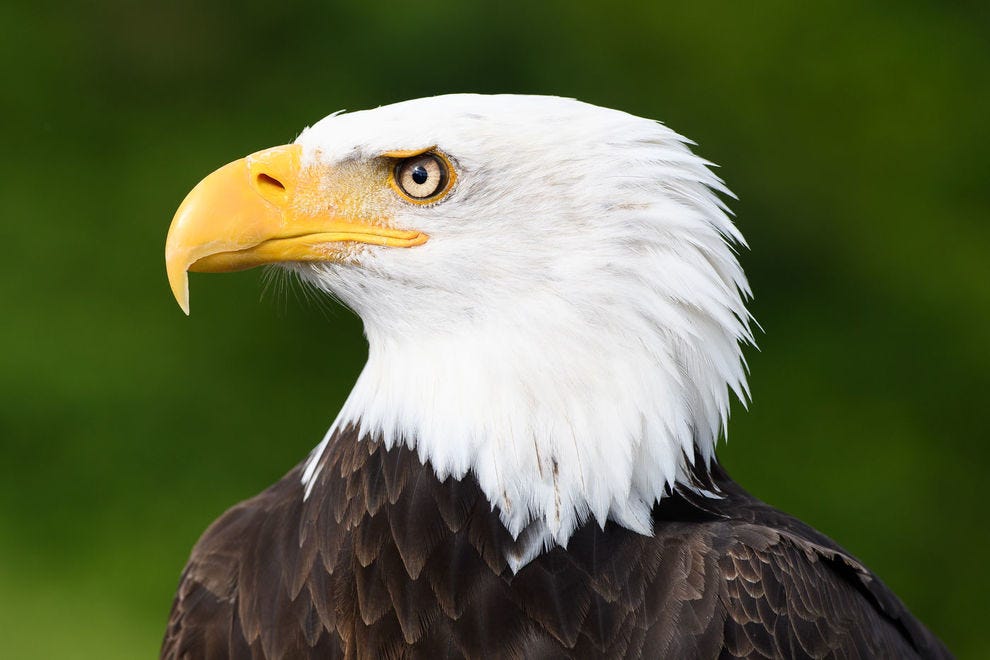 Few animals epitomize the splendor of our country’s natural beauty as much as the bald eagle, the national emblem of the United States. Thanks to the work of conservationists, the population of this once-endangered bird has stabilized, making them relatively easy to spot parks across the northern U.S., including Acadia National Park. 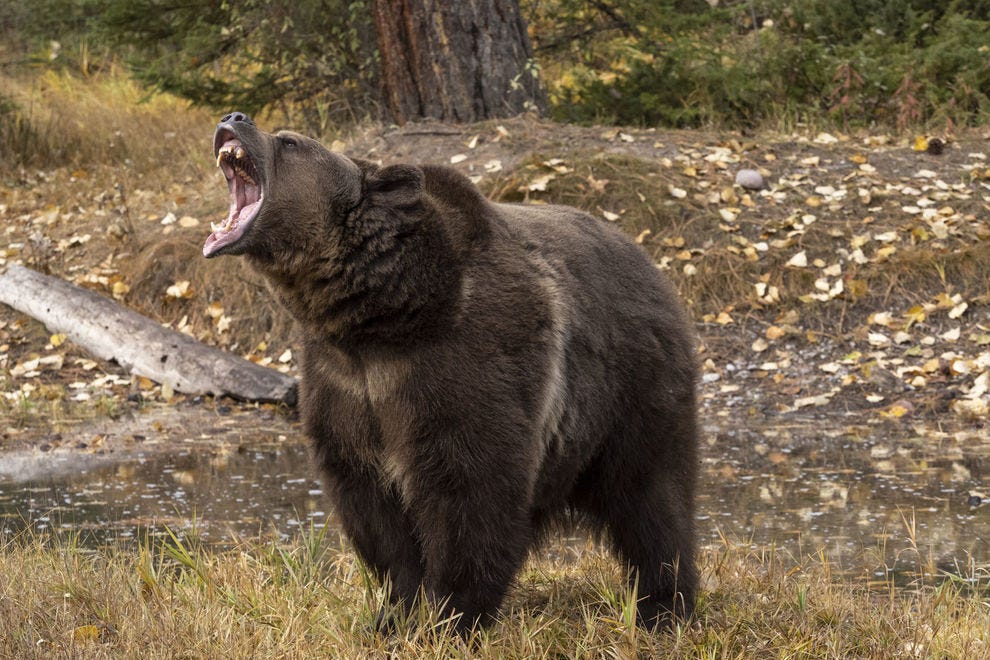 Grizzly bears are perhaps the most feared animal roaming the national parks of North America – understandable, given that these massive predators can move at speeds of 35 miles per hour. While the vast majority of the United States’ grizzly population lives in the wilderness of Alaska, Montana’s Glacier National Park is home to the largest concentration in the Lower 48. 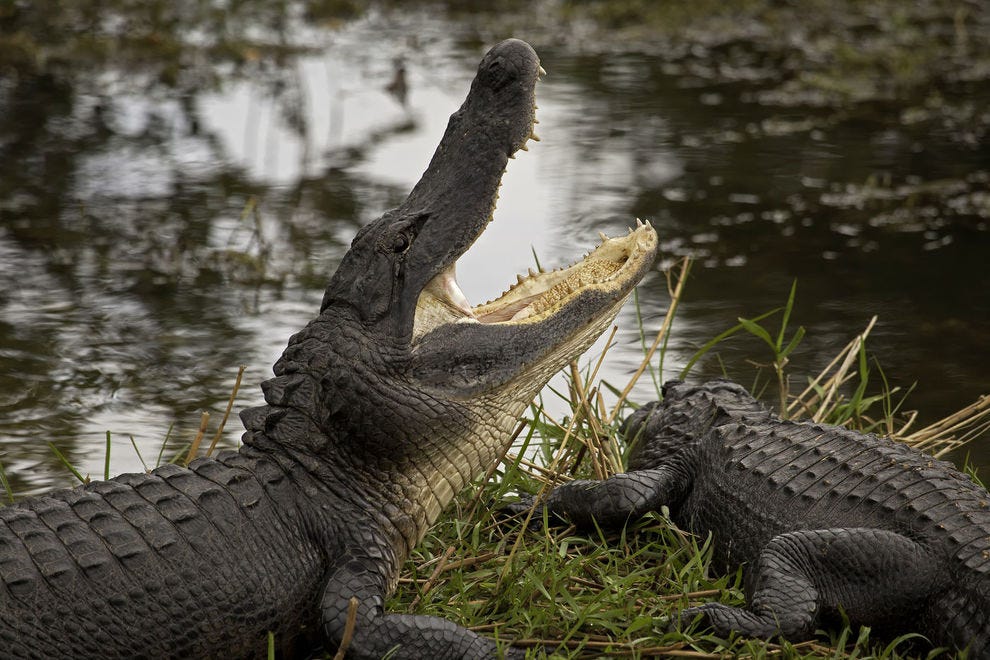 If you want to see an American alligator in the wild, your best option is in Florida’s Everglades National Park, where this massive reptile shares the waters with crocodiles, snakes, wading birds and many species of fish. While it’s possible to spot gators and crocs from the relative safety of the park’s boardwalks, you can get much closer by exploring the swampy park by boat. 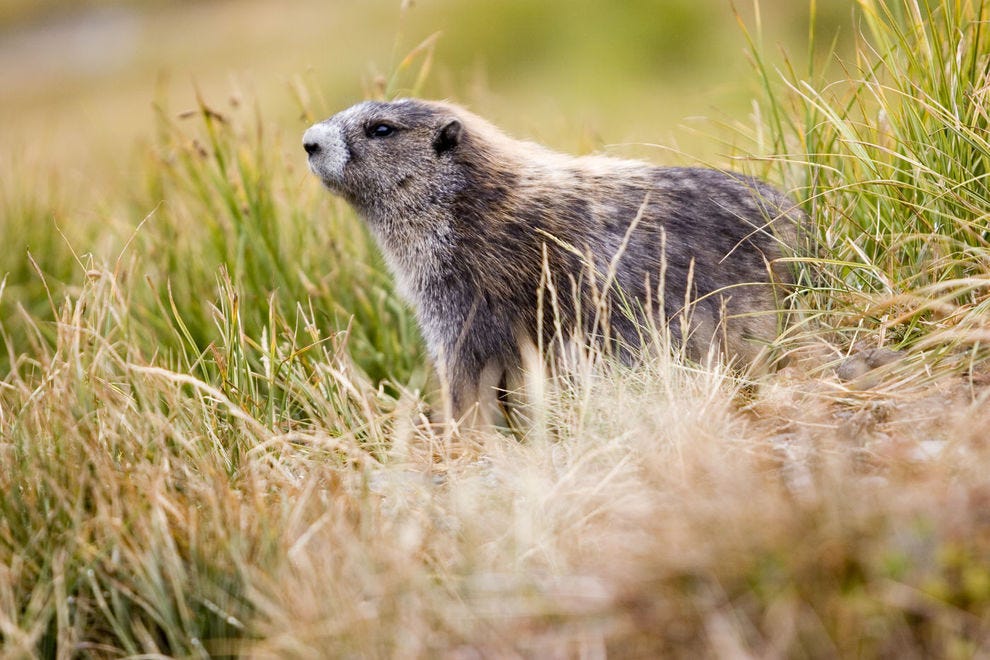 The Olympic marmot, a cat-sized rodent, is found exclusively in the mountain meadows of Olympic National Park. Thanks to the park’s three separate ecosystems and abundant walking trails, it’s one of the best places in the country for wildlife spotting, whether you’re on the lookout for marmots, giant slugs, whales or spotted owls. 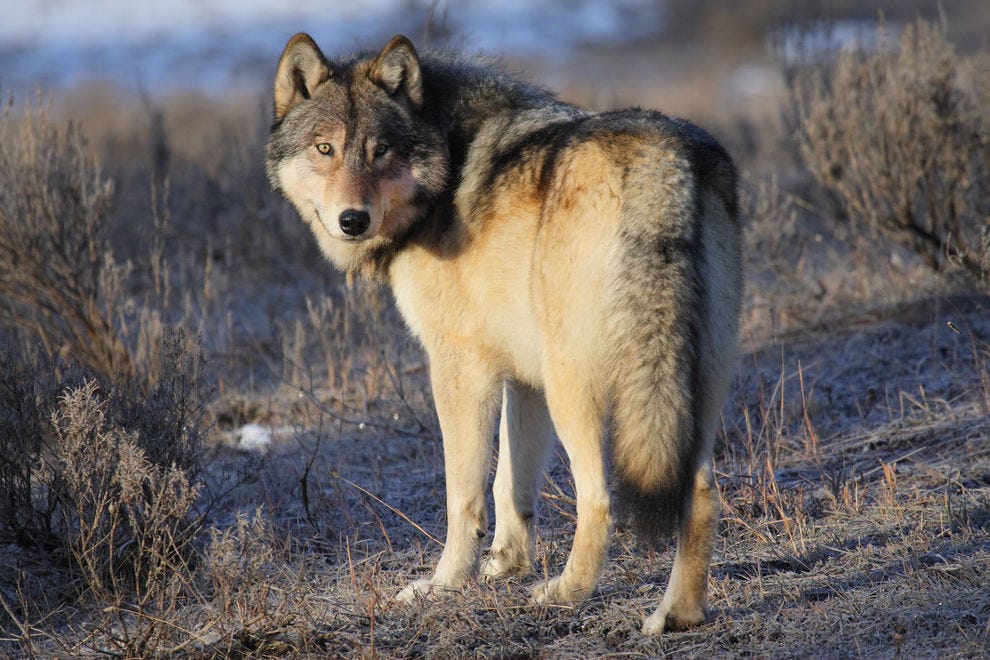 While the gray wolf population in Alaska is thriving, this pack animal is endangered in all of the lower 48 states with the exception of Minnesota, where it’s threatened. However, moves have been made to strike them from the Endangered Species list. While it’s possible to spot these canines in many US national parks, you’re guaranteed to see one when you visit the Grizzly and Wolf Discovery Center in Yellowstone National Park. 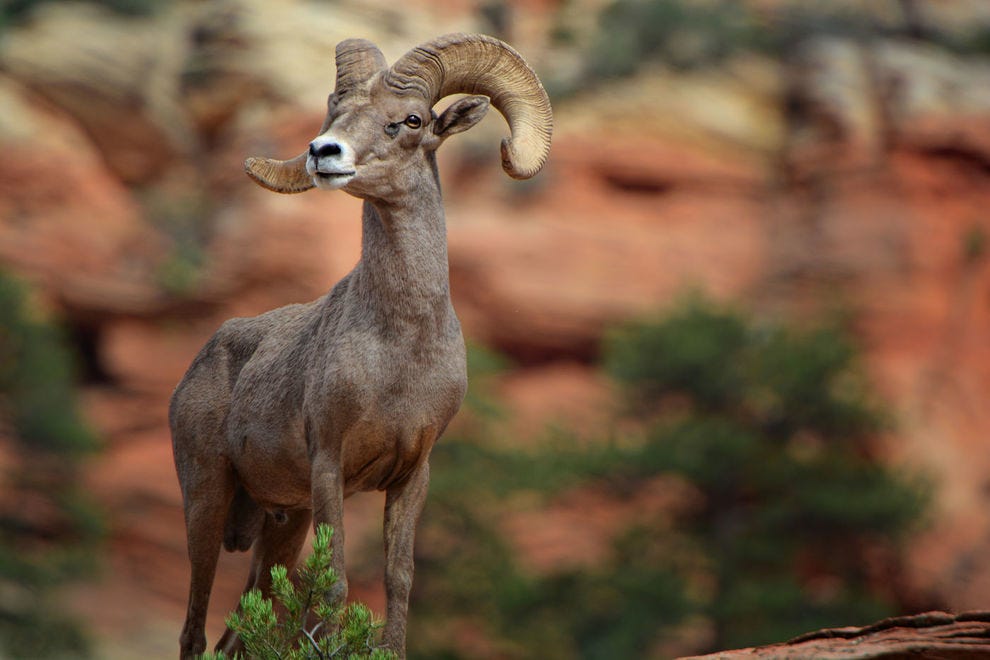 The massive horns of the aptly named bighorn sheep can weigh up to 30 pounds, a symbol of status and an effective weapon in territory wars between males residing throughout the Rocky Mountain Range, including in Rocky Mountain National Park and Utah’s Zion National Park. Look for these surefooted beasts scaling hillsides and steep cliffs. 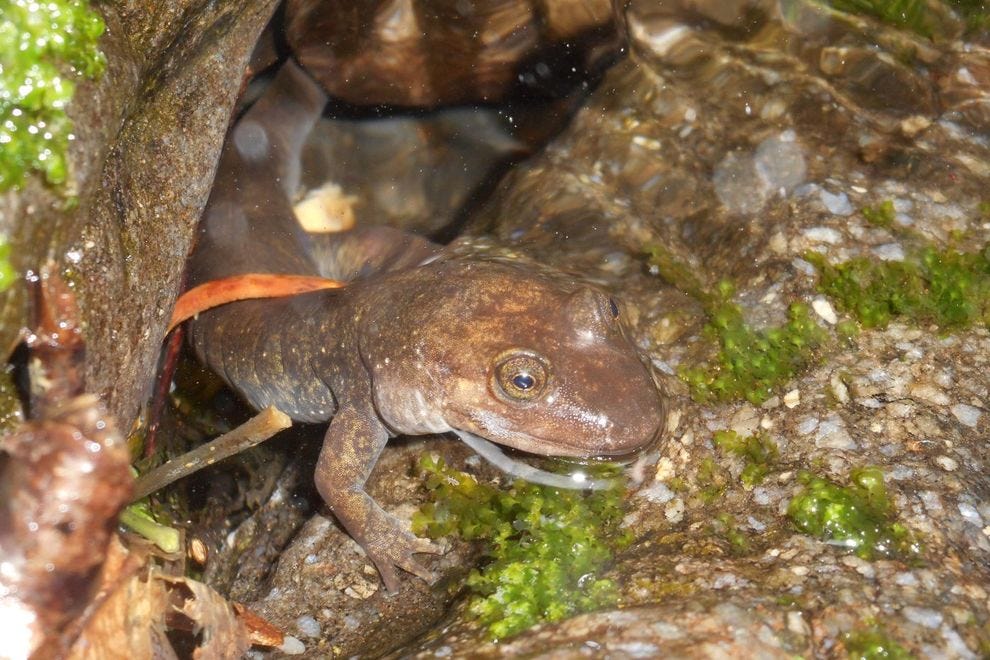 If you want to spot a wide range of salamander species, go for a hike in Great Smoky Mountains National Park, nicknamed the “Salamander Capital of the World” for the 30 species from five families that live there. These soft-skinned amphibians love moist habitats, so look for them beneath stones and logs.

The American bison is the heaviest land mammal native to North America, and you can spot them grazing on the plains of North Dakota, South Dakota and Wyoming, particularly in Badlands National Park, Theodore Roosevelt National Park and the impressive Grand Teton National Park.

Microsoft Flight Simulator’s 2020 reboot may be the safest way to fly this year
The best hotels in North Devon, from boutique boltholes to beach-view b&bs
Are there medical reasons to not wear a mask? Yes, but not many
The best boutique hotels in Devon for a staycation with style
Small Wineries With Inventory Problems May Have An Escape Hatch