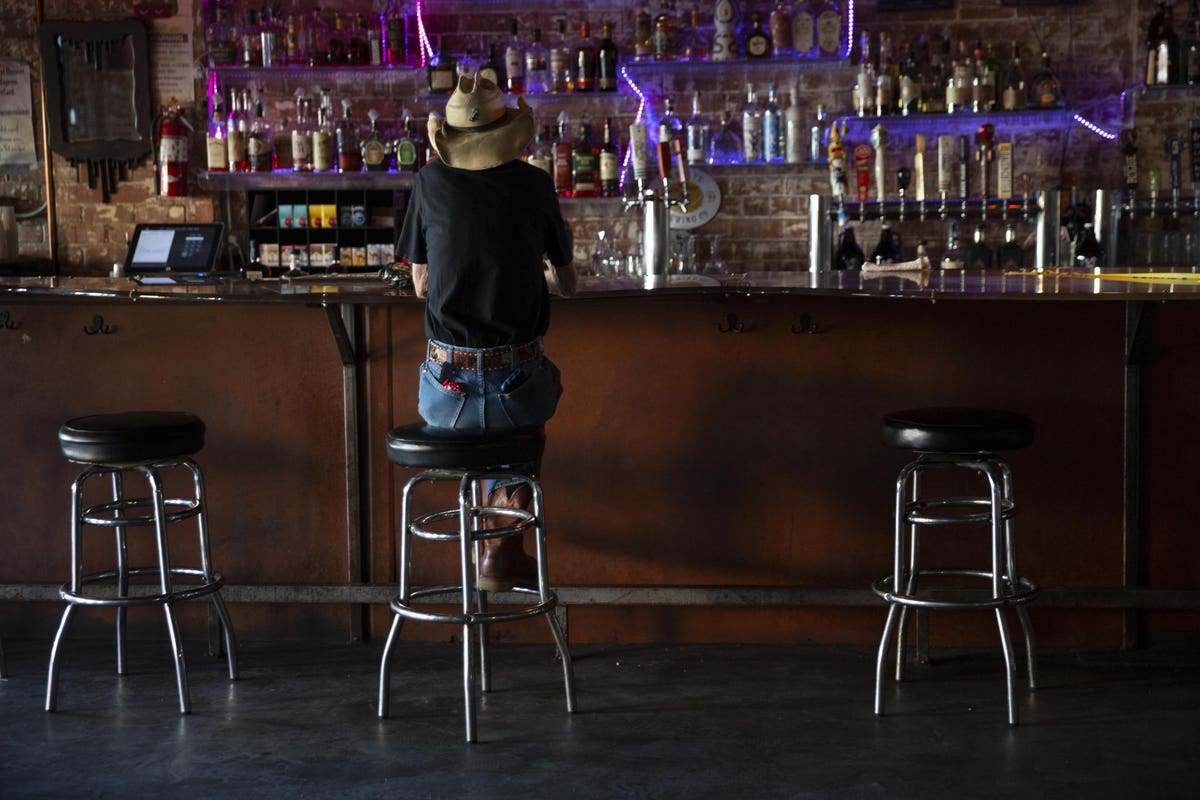 Raise your hand if you believe the collective “we” are boozing it up big time during coronavirus.

If your arm’s up, lower it; you’re wrong, as are a lot of other people.

Practically every reporting agency – from the major data collection companies to the beer and mainstream media – has assumed too much knowledge on the part of the public and has failed to, at least initially, explain their methodology when they’ve presented alcohol sales trends over the course of coronavirus; Said public has naturally responded to the misleading headlines and too-fine-print by forming the incorrect conclusion that sales are soaring. So many friends, social media strangers and even my own boyfriend have argued with me when I’ve tried to correct them that I start to wonder whether my expert credentials as a business-of-beer writer matter to anyone anymore. (I see you, Dr. Fauci.)

Here’s the truth: Alcohol sales in the United States have only spiked in stores that sell it to-go. That is not enough to offset the fact that practically every business that serves alcohol to drink on-site has closed over the past three months.

Ergo, Americans are not buying more or spending more on alcohol. We’re simply moving our purchases to off-premises shops that let/force us to take it home, rather than staying to consume on-premises at a bar, taproom, brewpub, concert, festival, baseball game, barber shop, or anywhere other than our abodes. And though some stats suggest that the overall quantity of wine and spirits sold remains roughly even with pre-COVID levels, the amount of money spent to buy wine and spirits has dropped since this time in 2019, while beer sales, by any measure, are hitting the floor.

Here’s Danny Brager, senior vice president of beverage alcohol at Nielsen: “Consumers are spending significantly less on alcohol because of the closures and restrictions to the on-premise space. People are just transferring their purchases, not buying more alcohol in total.”

Nielsen calculates that off-premise volume sales would need to grow by at least 22% over the same time period last year to make up for the temporary loss of the on-premise gathering space if the country remained in full lockdown but allowed to-go sales from bars and manufacturers. We have seen off-premise volume growth play out like that to some degree during the pandemic, particularly for spirits and wine, but not for the beer/flavored malt beverages/cider category, which has grown there, on average, just 17.5% for the 12-week period ending May 23.

Remember, also, that it costs much more to drink at a bar than at home. Given the difference in mark-up between these two channels, consumer spending is not just down but down double digits.

According to Nielsen estimates, on-premise sales account for approximately 45% of total beverage alcohol sales in dollars. If on-premise dollar sales have fallen 90%, as Nielsen figures, off-premise sales would need to grow by a consistent 73% to make up the difference.

“While off-premise value growth has been strong, it has not even approached that level,” Brager says.

The trouble stems from data services like Nielsen and the IRI analytics firm — used by the Brewers Association craft brewing trade group — bypassing the notoriously unwieldy on-premises channel to base almost all of their findings on scan data from chain liquor, grocery and convenience store sales. At best, this methodology tells an incredibly incomplete picture of alcohol sales in America. At worst – probably because these agencies have tended to explain their measurements in very fine print if at all — it causes reporters at media outlets like CNN to overlook the nuances to print headlines like April’s utterly incorrect, “Beer sales are soaring,” and “Booze sales are booming as people stockpile alcohol.”

This month, Nielsen has published some data gathered from on-premises establishments and now takes care in its announcements to specify where it collects its numbers. But the damage has been done.

For instance, for-profit addiction centers are using the confusion to hype the dangers of overconsumption, as are well-intentioned journalists at outlets like National Public Radio (“Drinking Has Surged During The Pandemic. Do You Know The Signs Of Addiction?”) and Philly Voice (“America is drinking its way through the coronavirus crisis – and that’s no party”).

Of course, any imbiber can benefit from taking stock of their drinking habits but Jim McGreevy, president and CEO of the Beer Institute trade association, worries that temperance organizations will seize the moment to lobby for overly restrictive laws, especially in light of the liberalization of drinking taking place all over the country as a way to stimulate the beverage alcohol economy.

“If you think people are drunk in the streets this can lead to overregulation of an industry that’s already highly regulated and overtaxed,” he says.

Further, beer drinkers, though primarily stocking up on cheap domestics, are anecdotally showing unprecedented willingness to spend more to support their local craft brewer through a pandemic that had 85% of these brewers predicting in early April that they’d be forced to close permanently if stay-at-home orders lasted six months.

Fortunately, even in craft breweries that rely heavily on their mostly closed taprooms for sales, we’ve seen the vast majority of them successfully pivot in various ways to stay afloat and, in a few cases, outperform previous years. However, Brewers Association chief economist Bart Watson, who’s written about this problem of incomplete explainers himself, estimated in late May that craft brewing’s (non-weighted) average revenue declined 43% from last year.

Further, he writes, “17% of (craft) breweries … are unsure if not actively pessimistic … they will make it through 2020,” and, “A majority of breweries feel similarly or worse about the future of their brewery than they did a month ago.”

Even those who describe themselves as more optimistic can’t deny that bringing on-premises data into the story doesn’t counteract a scary unknown figure that Lester Jones, chief economist for the National Beer Wholesalers Association, puts at 10 million.

“On March 16 or 17, when the country really started shutting down, we estimate ten million gallons of draft beer were left all over the place,” he says.

By “all over the place,” he’s referencing all the on-premises spaces where humans drink beer. When restaurants, VFW posts, amusement parks, convention centers, movie theaters, farmers markets and the like all suddenly shut down, their managers left around ten million gallons of draft beer behind.

Once everything truly re-opens, every employee in the three-tier distribution system will have to figure out what to do with all of this spoiled liquid. The inevitable returns and keg dumps don’t show up in those rosy sales pictures.

“The beer industry now needs to drive in reverse get all of that bad beer out of the system,” says Jones. “It’s difficult and expensive.”

With states reopening then hastily closing again this month, alcohol purveyors are scrambling even more than they were a few weeks ago. Not only do they still have old, unsalable beer out in the market, they have to hit pause on everything they readied for reopening. Considering that it can take a year or more for a brewer to schedule her annual release calendar, contract ingredients, allocate tank space, design and buy packaging, strategize with wholesalers and retailers, conduct trainings and manage all sorts of other time-consuming and money-sucking tasks, each closure and subsequent false start brings a producer closer to the brink of chaos and possible collapse.

“We’re testing the limits of what’s happening in our industry,” says Jones. “In three months we’re going to be looking at the alcohol beverage industry again wondering when, how, where, what occasions people are drinking, and we’ll still want to compare what’s happening to last year. It’s confounding.”

What’s perhaps even more confounding to those who prefer to oversimplify the story and insist that the alcohol industry is profiting from the pandemic is that at least two separate national surveys have found that only around a quarter of Americans report themselves drinking more than before the virus. Another quarter says they drink less.

As for the remaining half? The same exact amount.