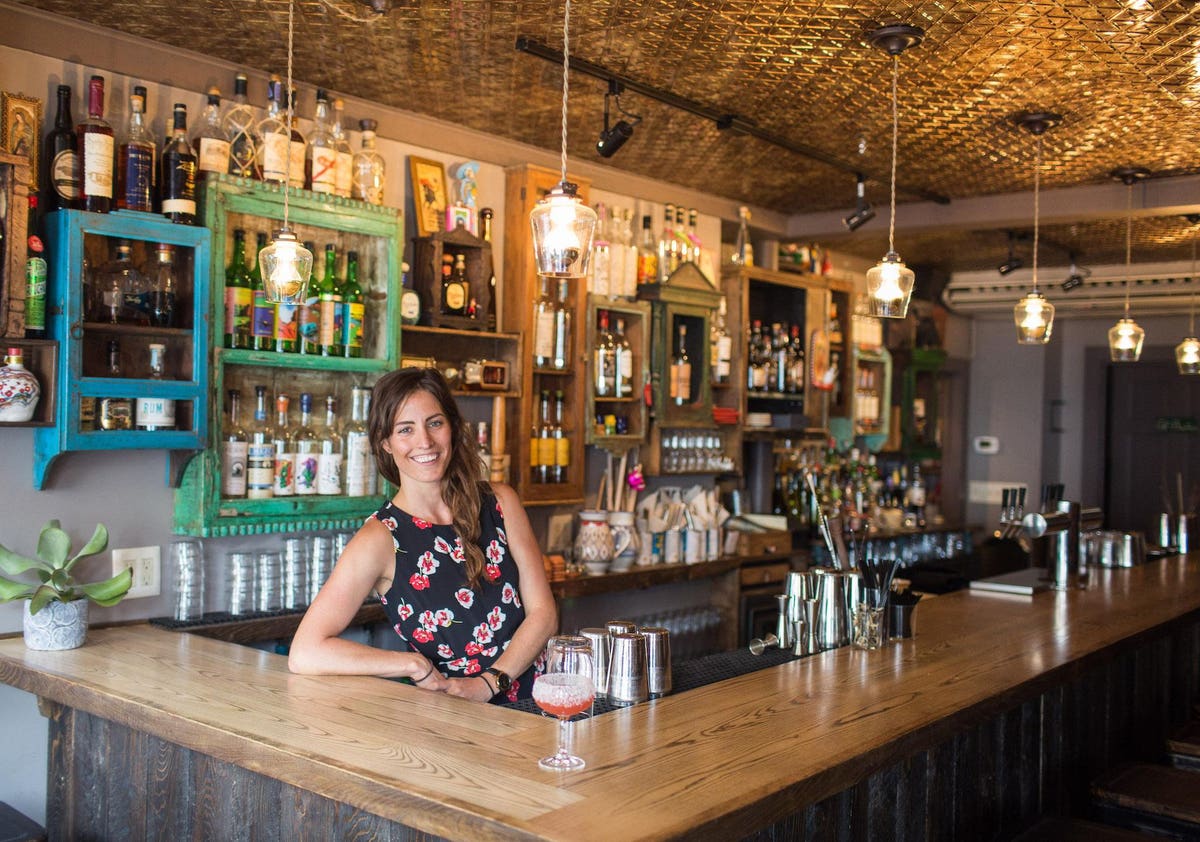 When your surname is “Mix” it’s a pretty good sign that the universe wants you to become a bartender. But growing up in Vermont, Ivy Mix had other ideas—she wanted to become a professional equestrian and was training hard for the Olympics.

Then she took a trip to Antigua, Guatemala at 19—as a school requirement to complete a study-work program during the winter trimester. There, she ran up such a large bar tab (at the now-famous Café No Sé) that she offered to pay it off by slinging drinks. Mix loved the experience so much that she came back every year after that.

After graduating from Bennington, Mix began to travel around other parts of Latin America—from Mexico then back to Guatemala, to Peru and Argentina, and beyond. And, having abandoned another goal to become an artist, she reined in those horse dreams as well.

Eventually, she found her way back Stateside, in New York City—but missed the culture she grew to love while abroad. Following some successful bartending jobs, Mix was still under the spell of her travels, and so in 2015, she (along with some partners), opened Leyenda, the much-beloved Latin American-themed cocktail bar in the Cobble Hill section of Brooklyn.

In the five years since her popular watering hole opened, Mix was named Best American Bartender at Tales of the Cocktail in 2015 and the bar was a semifinalist for the James Beard Award for outstanding bar program in 2019. A devoted mentor of female bartenders, she and fellow libation expert Lynnette Marrero, also cofounded Speed Rack, a cocktail competition for women.

But that wasn’t enough. Mix wanted to spread the gospel of lesser-known Latin American spirits and dispel some misconceptions about tequila. All of which has led to her first book, Spirits of Latin America (Ten Speed Press).

Mix’s book is a love letter to the culture that has inspired her acclaimed career—celebrating the people, regions, and ingredients that have stirred her over the years, and includes 100 original cocktail recipes from Leyenda.

She divides the book into three major sections based on the key raw materials of Latin America’s spirits: agave, sugarcane, and grapes. And each chapter is a deep dive, explaining production methods—with a little bit of history, fun facts, and cultural observations interspersed throughout.

But if there’s one major takeaway from the book it’s to show each of these featured spirits some respect: “Tequila is inherently a pricey thing to make and drink—so your tequila should never be dirt cheap, or something is wrong,” Mix says. “I see cocktails as a stepping stone to drinking things neat. And by drinking, I mean sipping—not taking shots. The nuances that go into making quality agave spirits are what makes the end product flavorful, layered, and nuanced. If you take a shot, you’re missing the whole point. Sip, savor, repeat.”

“Being a mezcal lover, I went through a phase where I tried floating mezcal on top of all sorts of different drinks. This drink is the first cocktail I ever put on one of Julie Reiner’s menus when I worked at Lani Kai in 2010. It continues to remain a staple on the menu at Leyenda. I started by floating an ounce of mezcal on top of my Mai Tai and then swapped out the funky rhum agricole we used in our recipe there altogether by replacing it with the smoky and equally funky mezcal. The result was the Tia Mia, whose name is an anagram of its namesake (the mai tai) and an homage to my friend Catherine, my Tia de Alma (“spiritual aunt,” i.e., close, but not related by blood), who was my bar regular when I bartended in Guatemala.” —Ivy Mix, Spirits of Latin America (Ten Speed Press)

Method: Add the mezcal, rum, curaçao, lime juice, and orgeat to a cocktail shaker with ice. Shake briefly and strain over crushed or pebbled ice in a large rocks glass. Traditionally, we garnish this drink at Leyenda with a mint sprig, a lime wheel, and an edible orchid for fun flair, but if you can’t get your hands on an orchid, don’t worry! It’s only there to add a beautiful touch to the cocktail.

The best budget hotels in Barcelona, including shady gardens and rooftop pools
Main TSA checkpoint closed at Atlanta airport because of coronavirus case
If you miss travel, road trips could be your key to safer summer getaways
Japan debuts new bullet train that can run during an earthquake
The most romantic hotels in Barcelona, from stylish suites to seductive views