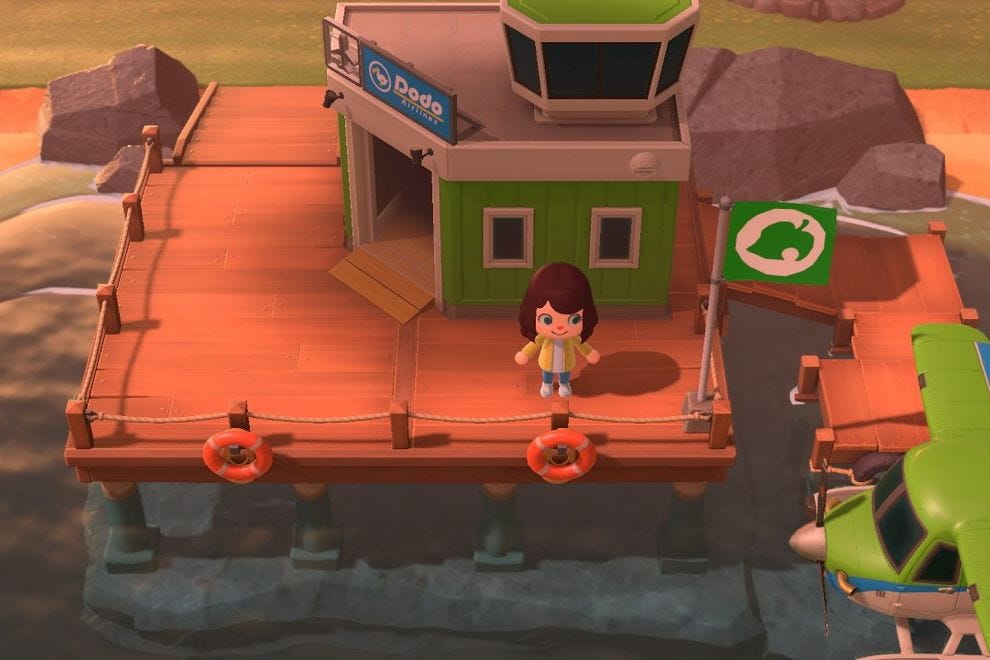 Plenty of people once considered themselves to be homebodies – at least until they were told that they had to stay at home. Many, like myself, used to scoff at the idea of “spending time outdoors.” Hasn’t anyone heard of allergies?

Now that we’re urged to stay inside, we yearn for a hike, a picnic or a stroll along the beach, none of which are on the table these days. Or at least that’s what I thought until I heard about this amazing island getaway.

Each island has its own airport — Photo courtesy of Maggie Tyner

All you have to do is pack up all of your belongings, be all right with living in a tent and promise all of your income to a capitalist raccoon wearing a Hawaiian shirt. No, no: cabin fever isn’t setting in. We’re talking about the latest installment of one of Nintendo’s most beloved video game franchises – “Animal Crossing: New Horizons. 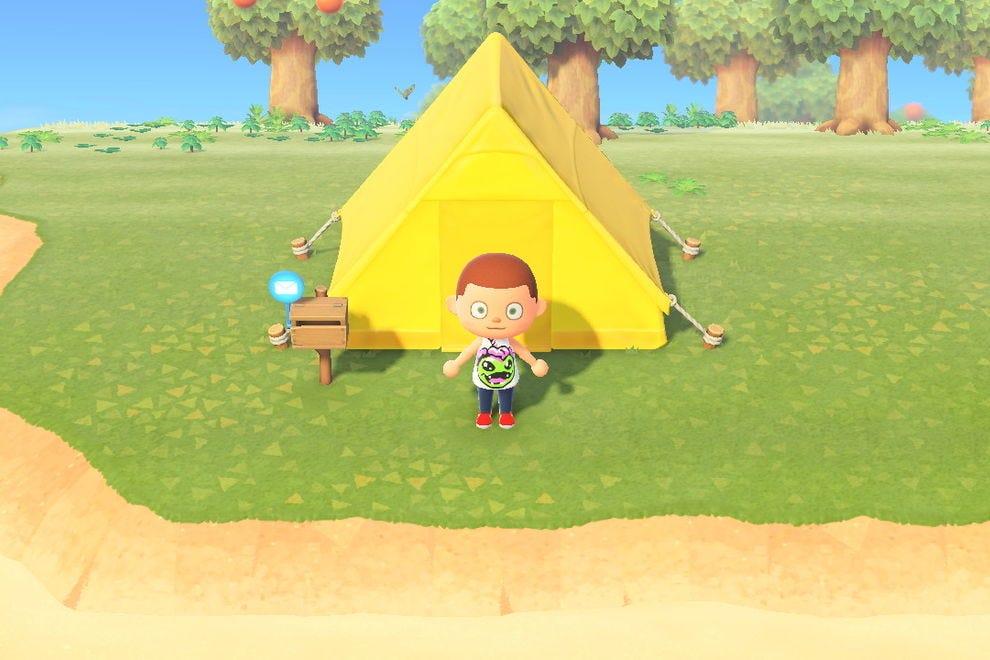 Your humble beginnings: a tent and a mailbox — Photo courtesy of Corey Barker

With such a dedicated fanbase, millions upon millions of gamers had already been eagerly awaiting the new Animal Crossing title on the Nintendo Switch. However, anticipation intensified as the word came to stay inside. Confined to our apartments, condos, houses and everything in-between, the compulsion to break free was greater than ever.

Searching for my own escape, I picked up my own copy of the game. I was ready to design my island vacation from the ground up, and honestly, you should be too.

After the opening animations roll, players are welcomed to the island they’ll soon call home. They’ll get to choose the layout of their tropical getaway, as well as its name. (Be sure you love what you select! Your island’s name is permanent.)

As the virtual island springs to life before their eyes, players can expect to feel a sense of autonomy that is in short supply in the real world as everyone tries to cope with the “new normal.”

Island residents are quickly introduced to their adorable animal neighbors – in my case, a friendly pig named Agnes and a workout-obsessed hamster named Hamilton – and will even be given the freedom to decide where exactly they will build their eventual homes.

This is the magic of “Animal Crossing: New Horizons.” Players can shape practically every element of their ideal island: a utopia filled with colorful characters who are always there to offer a smile and sometimes a chic new gift.

And as for your house on your very own island, it can be almost anything you want. Always ached for a room that looks like a bamboo thicket filled with exotic critters? No problem. Need a kitchen outfitted with adorable appliances and retro-inspired wallpaper? That can be done too.

“New Horizons” is truly an island paradise at your fingertips, waiting to cater to your every whim. The details of the island are impeccable, from the array of native bugs and fish to the intricate, breathtaking museum curated by an entomophobic owl named Blathers. 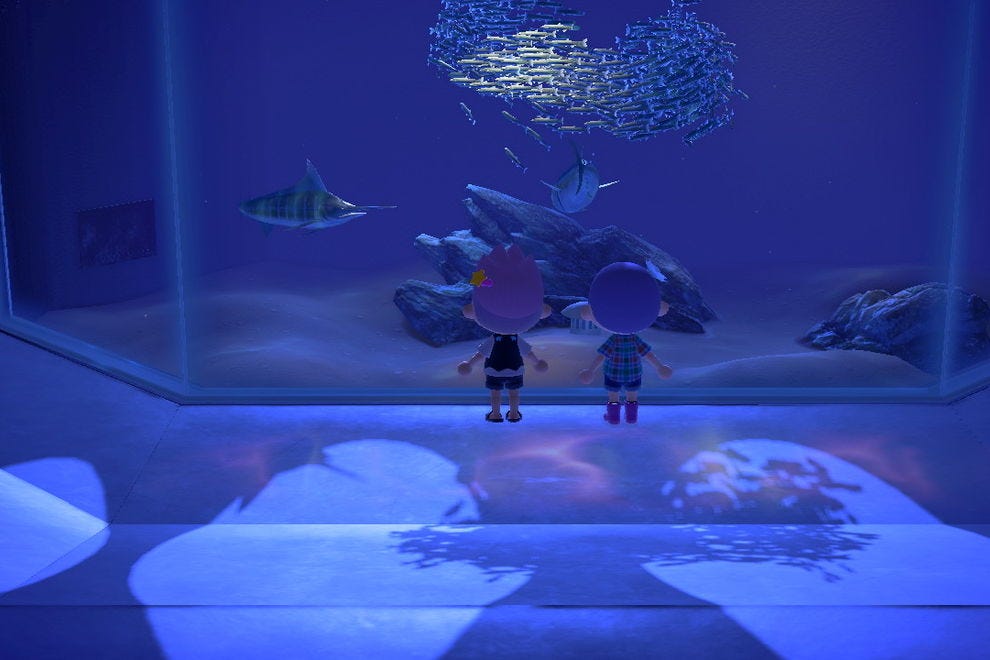 The museum is gorgeous, especially when visiting with a friend — Photo courtesy of Corey Barker

This island museum rivals many in the real world in design. Just as many real-life venues are offering virtual tours of their facilities, players here can feel as if they’re walking through a museum’s storied halls alongside their avatar. Blathers’ museum has three wings: fish, insects and fossils.

In “Animal Crossing,” it’s your duty to fill your island’s museum with exhibits, and every time you make a donation, you can choose to learn facts about that specimen. With each visit, players will feel as if they’ve gone on vacation all while never having to leave their homes.

About a week into my island adventure, I realized just how rich this virtual world really is. I was creating a new routine that included fishing, catching bugs, digging up fossils and chatting with my neighbors.

The weather on the island constantly changes. One day it will be sunny and picturesque, while at other times it’ll be windy and raining. These sorts of small details allow you to feel as if you’re getting in touch with the natural world without having to worry about social distancing.

Free to roam about the cabin 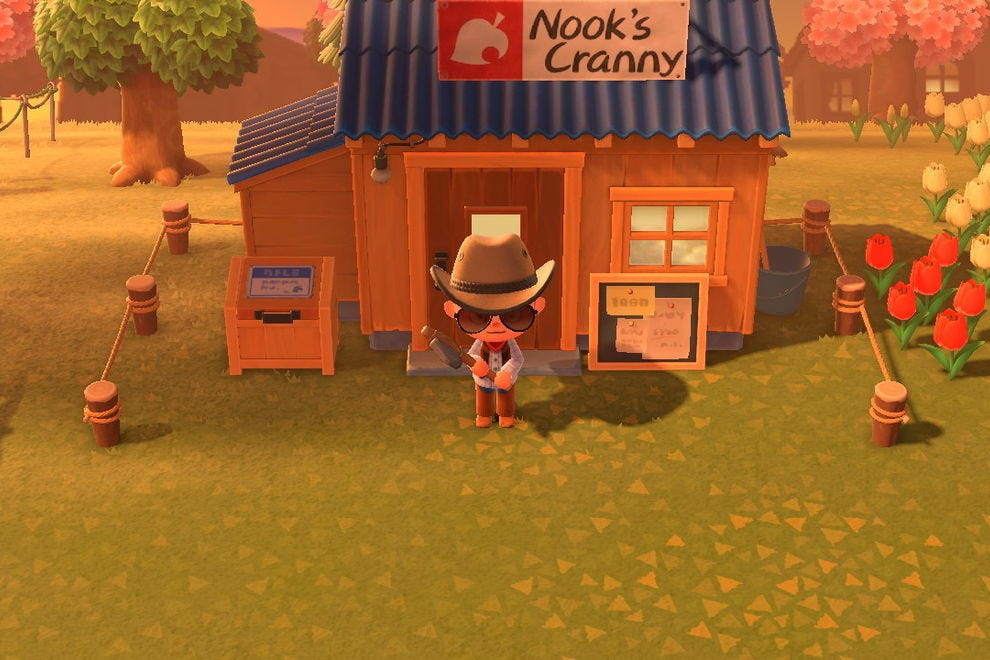 Ever wanted to be a cowboy wearing aviator sunglasses? You can be pretty much anything you want to be in “Animal Crossing” — Photo courtesy of Corey Barker

Speaking of “social,” another feature in “Animal Crossing: New Horizons” can help players feel connected to the world around them like never before: the game’s online capabilities. In this modern age, many people have developed friendships with folks from all over the globe via different social media platforms, and you can meet up with them in “Animal Crossing.”

If you have access to Wi-Fi, you can visit other people’s islands and play the game together. There is also an in-game chat function that allows you to communicate.

I loved flying to my friends’ islands and seeing how they decorated their houses, as well as how they chose to develop their tropical getaways. One friend had cleared a plot of land and planted a stunning fruit orchard. Another had built an outdoor activity center, complete with a rock-climbing wall.

In these times of isolation, such connections carry more emotional weight than one might normally assume. “Animal Crossing: New Horizons” is breaking down barriers, and as clichéd as it may sound, the game really drives home that we’re all in this together.

A round trip ticket 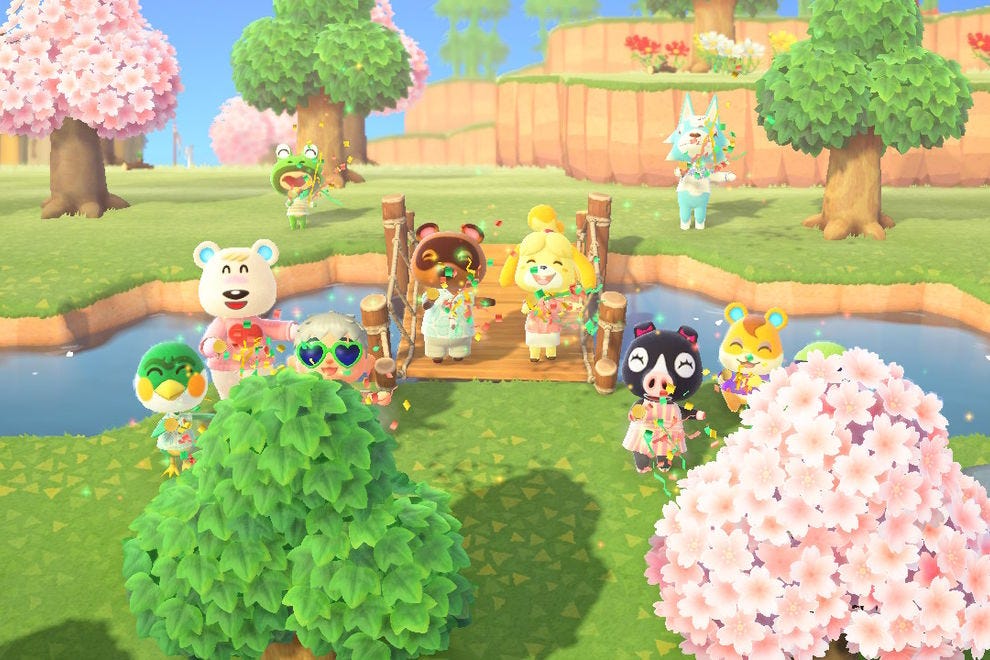 As of this writing, there remains so much to discover about our islands. This paradise changes in real-time and as the seasons progress. In the summer, more fish will populate the oceans (be on the lookout for sharks!). As the calendar turns to fall, the trees will change their leaves. And in the winter, a fresh blanket of snow will cover the ground.

Players can look forward to seeing all of these real-world changes reflected in the game. As a fun aside, this is the first time Nintendo has reflected the seasonal differences for players across the Southern and Northern Hemispheres. Nintendo has also announced timely events worth celebrating. The first, titled “Bunny Day,” sees islanders collecting colorful eggs to craft festive furniture and outfits. 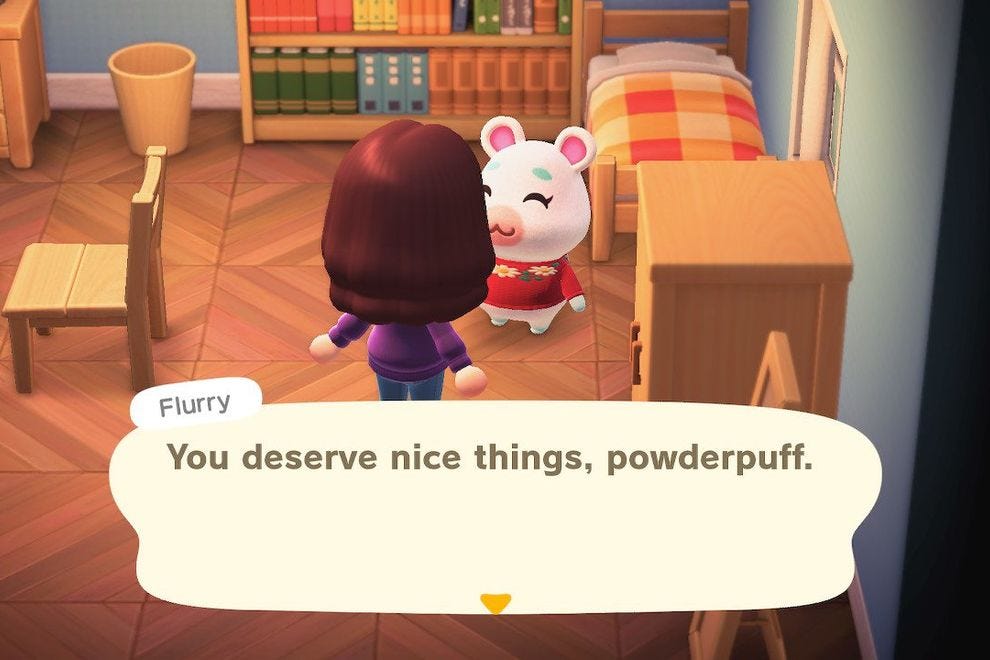 The beauty of “Animal Crossing: New Horizons” is that it can be whatever you want it to be. Take it slow and craft the beach getaway you’ve been dreaming of, or crank up your speed as you transform your deserted island into a bustling metropolis. There is no wrong way to play, and that’s what makes it the perfect distraction in these tumultuous times.

Meet up with your friends and invite them to your island, or just pal around with your doting fellow villagers: the choice is yours. Regardless of how you play, you can rest assured that it’ll help you carve out a small bit of normalcy in your day. And isn’t that what we’re all really craving?

What nudists do during a lockdown
New Release: ‘Ardbeg Day’ Scotch Debuts Virtually For The First Time Ever
Which international destinations are reopening to tourists?
9 amazing hotels for the best all-inclusive holidays in Tenerife
Largest all-electric aircraft to make maiden flight