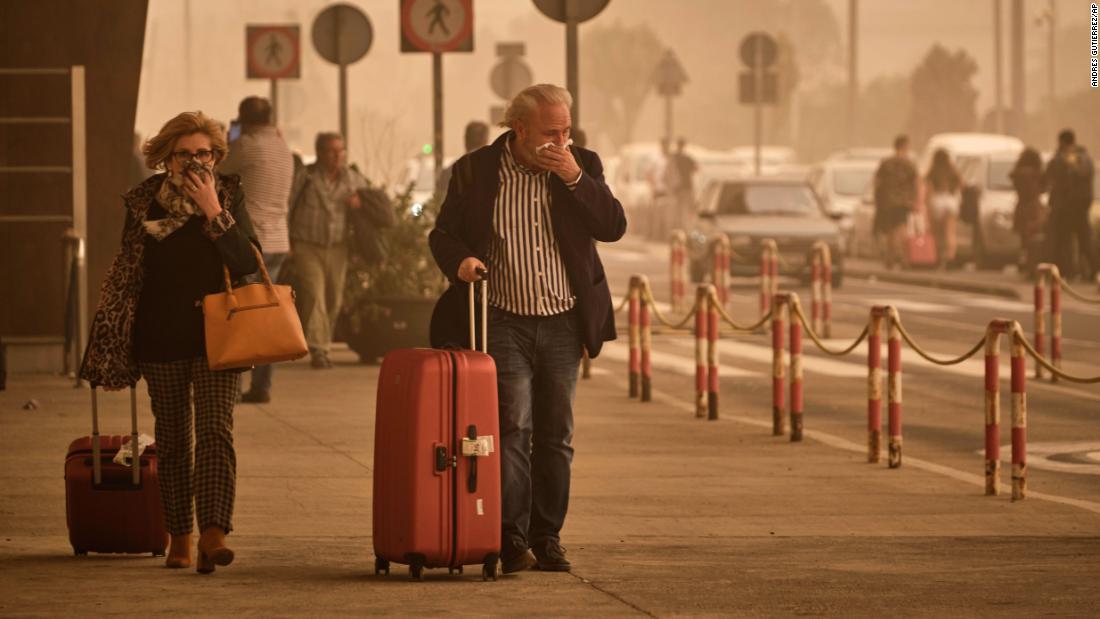 Airports were closed due to the storm, which made it impossible for planes to take off or land.

Travelers were stuck over the weekend as flights were canceled, before conditions improved overnight Sunday and flights resumed Monday morning, according to a tweet from the Transport Ministry.

However airport operator Aena tweeted Monday that passengers should check the status of their flight with their airline, as travel could still be disrupted.

Many British travelers were affected as families tried to get home at the end of the half-term school vacation.

The islands are a popular holiday destination.

Stranded British tourist Greg Horsman was due to fly from Gran Canaria to Manchester on Saturday evening but was stuck for two extra nights, the UK’s PA Media news agency reported.

All open-air sporting and recreational events were canceled by the regional government, which declared an alert Saturday.

Ruled by Spain since the 15th century, the Canary Islands are geographically closer to Africa than Europe.

The main islands of Gran Canaria, Tenerife, Lanzarote and Fuerteventura attract windsurfers and hikers as well as those looking for a beach holiday.