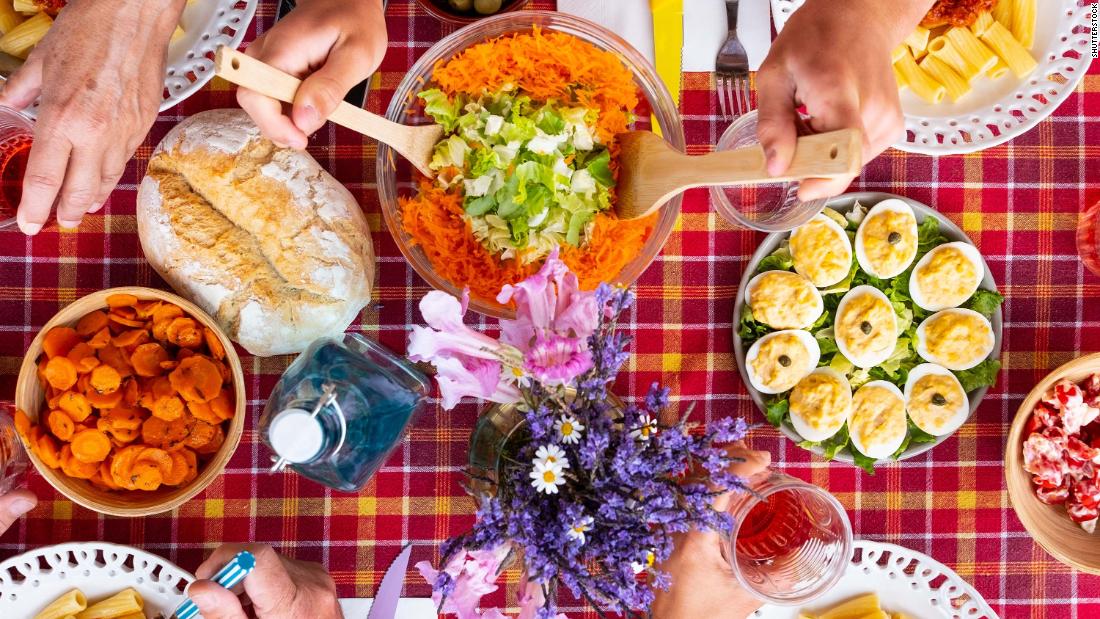 Participants in the experiment by the University of Hohenheim in Germany were divided into four groups, eating tomato soup with or without a tablecloth, in high or low lighting. The tablecloth was found to have the biggest impact on how the quality of the food was perceived, the amount eaten and how long participants ate for.

Professor Nanette Ströbele-Benschop, the lead researcher in the study, told CNN the results were “fascinating.”

She said previous studies had shown that environmental factors are important in how we perceive our food and she wanted to look at “which parts have influence,” and in which combinations.

In an initial study, diners were placed in different lighting conditions, but there was no effect on how much they ate, how long the meal lasted or how the soup was perceived to taste, except that it was reported as less salty in dim lighting. The researchers speculated that this could be because our sense of taste is heightened when our ability to see is reduced.

Simple decorative elements can make your food taste better and keep you at the table longer.

A second study was conducted involving 159 participants, adding table linen as an additional variable and eating in a group, rather than alone.

In the group that ate with dim lighting and a tablecloth, people consumed a mean 51% more soup than those who ate in dim light without a tablecloth. The neutral, gray-and-white checked tablecloth had a far stronger overall effect on the length of meal, amount consumed and enjoyment than lighting level.

Ströbele-Benschop said the findings could be useful in encouraging people in retirement homes, hospitals or schools to eat. While it could be difficult to improve the ambience in such settings, staff could do something as simple as choosing colorful plates, she suggested.

“It’s the combination of decorative aspects,” she said. “Any ambient factors could promote more enjoyment.”

While eating more is not always desirable, she said improving the atmosphere could help encourage diners to choose healthy food by making it seem to taste better.

The researchers wrote that the human body has a “sophisticated appetite control system which includes a variety of internal signals.”

There is an “abundance of physiological, environmental and psychological influences on our daily food intake,” including “eating with others, odor, color, physical surroundings,” they said.

An Oxford University study from 2015 found that heavy cutlery “enhances the enjoyment of food,” while 2008 research from Stanford University found that participants rated wines they were told were more expensive as tasting better.

Ströbele-Benschop said the most important factor on Valentine’s Day was to be “with the person you love” and create something you will both enjoy.

But a tablecloth can’t hurt. “Valentine’s is a day when it’s all about ambience.”