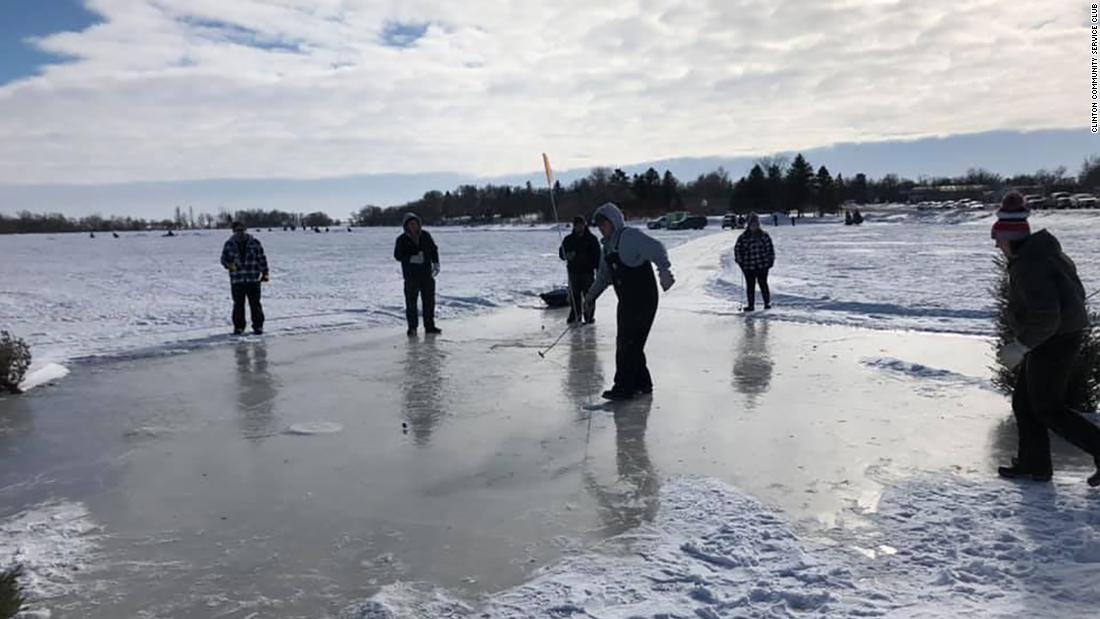 (CNN) — Like in many small towns, the folks in Clinton, Minnesota, hold a charity golf tournament each year. What sets theirs apart? The tournament is held on ice.

A local couple came up with the idea about 40 years ago to raise money for a nursing home. Golfers pay $5 to play. And through the years, the money has gone toward student scholarships and community projects.

“The community has been very supportive of the event over the years,” event organizer Janine Teske told CNN. “It’s been a great addition and something fun for our county in the middle of the winter.”

‘Middle of the winter’ is putting it mildly. The average winter temperature in the state is 13ºF. It dipped down to -60ºF one year.

Over the weekend, 65 golfers took part in the Arctic Open golf tournament on Lake Eli, Minnesota. The event also had a corn hole contest and a dance competition, Teske said.

The town of Clinton has a population of less than 500, but you couldn’t tell when the Arctic Open comes around. The event has been a boon for the local economy, and has brought families together, Teske said.

It’s also grown bigger and bigger each year. It added a junior and putt putt tournament for the younger kids, and hosted a wedding in 2016.

“It brings people back home for the weekend, and people come from around the county to participate,” Teske said. “There is excitement around the town in preparation.”

But that doesn’t mean the golfers don’t get competitive. They want to win the trophy and add their name to the Arctic Open Hall of Fame.

“The first and second place winners for men and women each get a handmade trophy as well as the person with the highest score,” Teske said. “The junior division get a little cash.”

Bummed that you missed the fun? Mark your calendars for February 13, 2021.

A YouTuber’s fancy Bali vacation sure looked nice. Nope, the photos were taken in an Ikea
A miniature service horse finally flew on a plane after months of training. It could be the last time
10 must-do excursions when cruising to Scandinavia and Russia
10 reasons why you need to visit San Francisco’s Presidio
Are fat fliers being discriminated against by airlines?