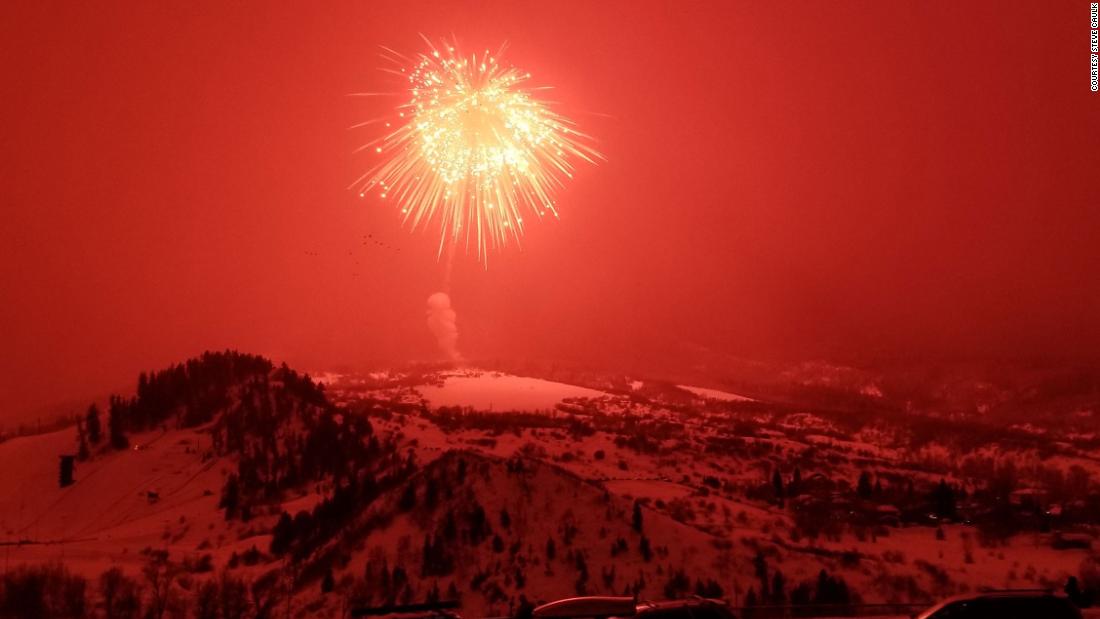 Travel
Share on Facebook
Share on Twitter
Share on Pinterest
Share on LinkedIn
Share on Facebook
Share on Twitter
Share on Pinterest
Share on LinkedIn
The firework shell weighed almost 2,800 pounds, about the weight of a Toyota Corolla, and was 62 inches — a little more than five feet — in diameter.
A team at Steamboat Fireworks launched the shell from a 26-foot steel tube buried in Emerald Mountain, which overlooks the festival. Explosives propelled the shell out of the tube at 300 mph, and it rose nearly a mile in the air before exploding.
“We invested hundreds of hours into this project, and we anticipate that we will enjoy the satisfaction of this success for months to come,” said project manager and financier Tim Borden, in a press release.
An official from Guinness World Records attended the launch and presented a certificate to Borden and his team of three other men: Ed MacArthur, Eric Krug, and Jim Widmann, according to the press release.
The former world record for the largest firework was set in the United Arab Emirates in 2018 with a 2,397-pound shell.
Borden told CNN that his team has been working to break the record for seven years and spent thousands of hours building progressively larger fireworks.
The team tried to break the record last year, but the shell exploded too early.
“When you think of it on the physics level, to get a ton of anything up in the air with one explosion takes quite a bit of thinking,” Borden said.
As one of this year’s precautions, the group made a shell casing out of sixty miles of tape.
“It took a month of eight-hour days just to wrap this firework,” Borden said, “Last year, we think the shell might not have been quite thick enough to withstand the burst that sent it into the air.”
Their hard work paid off. Video shows the shell exploding in a massive burst of red that illuminated the sky and nearby ridgelines.
“People are already asking us, ‘What’s next?'” Borden said in a press release, “I really can’t answer that question, other than to say, whatever it is, I hope to do it with this same bunch of guys.”
This article was originally published by Cnn.com. Read the original article here.
Share on Facebook
Share on Twitter
Share on Pinterest
Share on LinkedIn

A miniature service horse finally flew on a plane after months of training. It could be the last time
The wild, colorful times of Carnival are here again
A snowy hot springs where clothing is optional after dark
Travel back in time at one of these 11 historic English pubs
Here are the most wish-listed Airbnb properties of the past decade