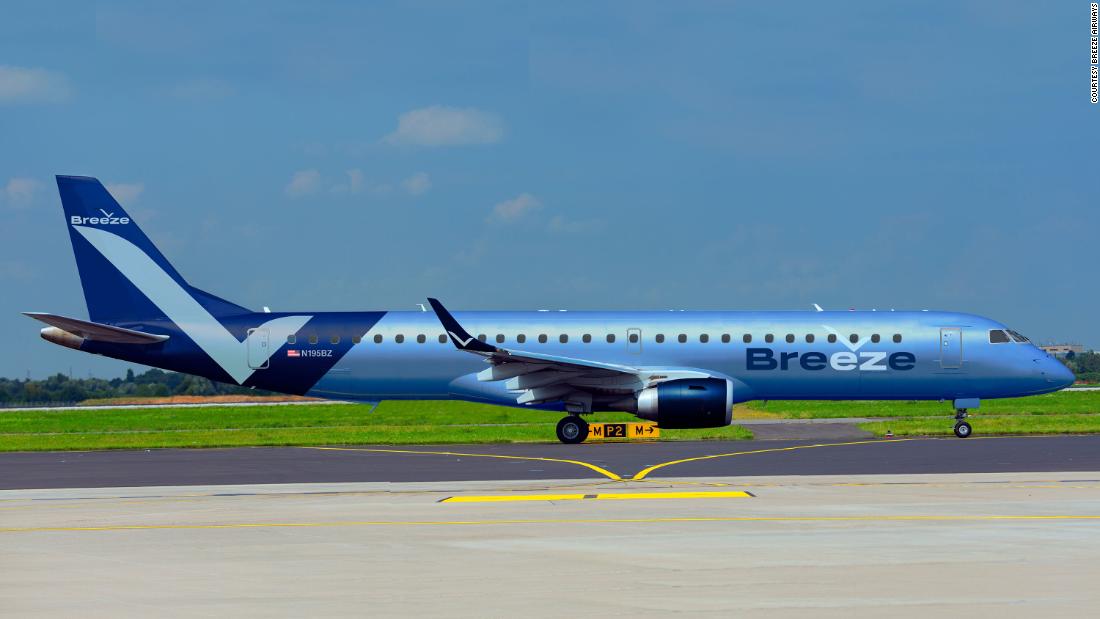 (CNN) — Twenty years after launching JetBlue from an office building in Queens, New York, its founder has filed plans to launch a new airline with flights starting by year’s end.

Breeze Airways, which has applied for an airline operating certificate with the US Department of Transportation and the Federal Aviation Administration, is actually founder David Neeleman’s fifth airline start-up. Besides JetBlue, he’s also launched Morris Air, WestJet and Azul.

This rendering shows the Breeze A220 aircraft that will serve mid-size markets.

“We brought humanity back to the airline industry with JetBlue,” Neeleman said. “Today, we’re excited to introduce plans for ‘the World’s Nicest Airline.'”

The airline has leased thirty Embraer 195 aircraft to serve smaller markets. Those planes are slated for delivery starting in May.

Breeze has also ordered 60 new Airbus 220-300 airplanes to serve mid-sized markets, and those will start being delivered in April 2021.

10 Tokyo street foods that you need to eat
France has seen a 30% to 40% fall in tourists following the coronavirus outbreak: Finance minister
12 of New Zealand’s most beautiful places
Museum hires refugees as docents to help visitors see exhibits from a new perspective
Are fat fliers being discriminated against by airlines?