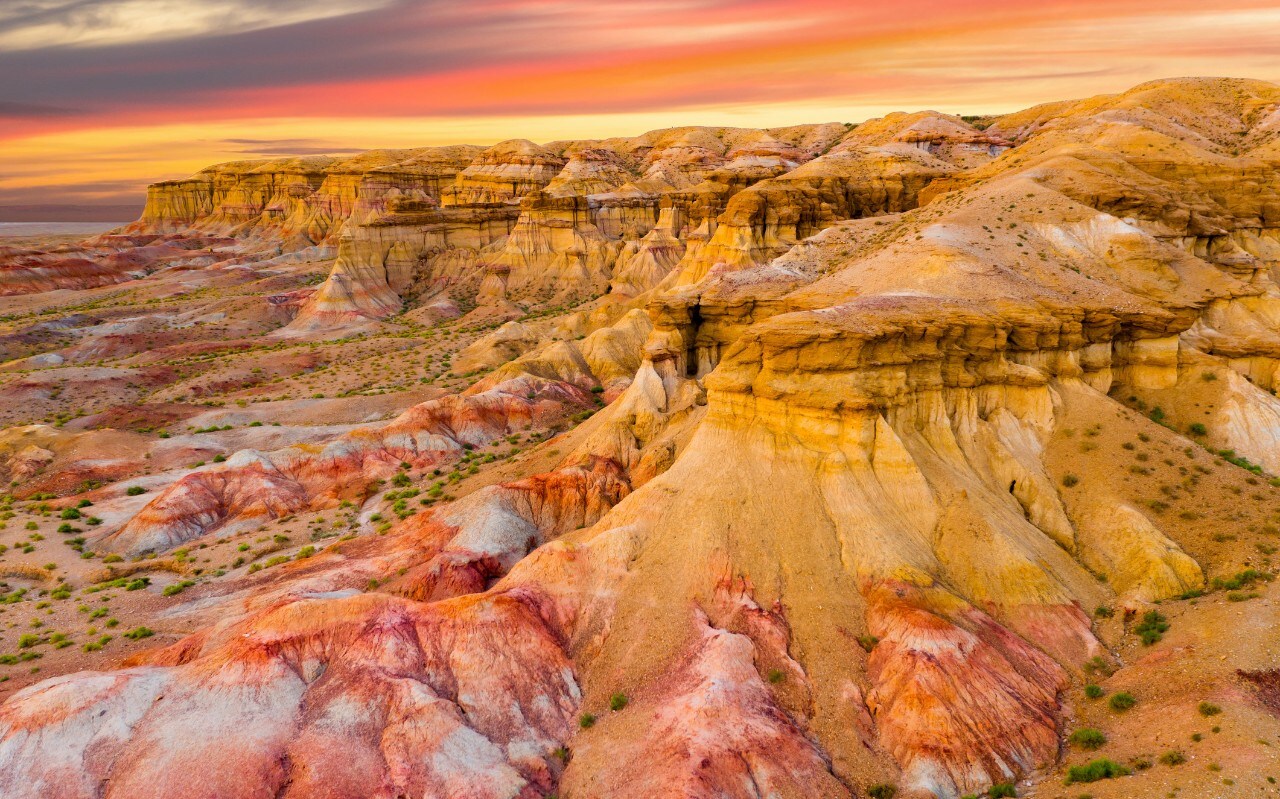 “This is 60km from nowhere,” my guide, Byumba, proudly announced. I squinted into the sunlight across the burning red jumble of gargantuan shapes unfolding into the distance. We had finally made it to Khermen Tsav, deep (seriously deep) inside Mongolia’s Gobi Desert.

One of the world’s largest graveyards of dinosaur fossils, nearly 20 different species have been discovered in this vast canyon, including the Tarbosaurus (a close cousin of Tyrannosaurus rex), Gallimimus and Mononykus (which both made an appearance in Jurassic Park). However, this behemoth’s remote, unforgiving nature has left it almost unexplored. Shrouded in mystery, it hides a bounty of prehistoric treasures.

Dinosaur fossils are Mongolia’s main boast: scientists have discovered 76 dinosaur genera in the foreboding terrain of the Gobi. Indeed, earlier this year, a perfectly preserved complete dinosaur skeleton of a new species was unearthed here – a raptor-like order known as Gobiraptor minutus.

France has seen a 30% to 40% fall in tourists following the coronavirus outbreak: Finance minister
A miniature service horse finally flew on a plane after months of training. It could be the last time
United Airlines gives $90,000 in travel vouchers for downgrading passengers
Why Japanese baseball fans are as riveting as the game itself
9 ways to make airlines and airports better