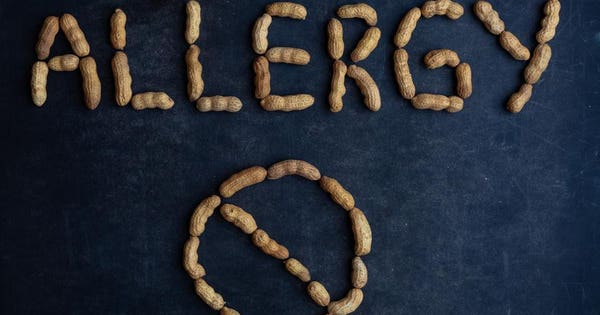 Food allergies afflict millions of people in the U.S.

Some individuals experience significant change over a relatively short period of time in their lives. In 2010 linebacker Blake Sorensen led the Wisconsin Badgers football team in tackles and was second in interceptions. By 2019, he had founded a company that makes allergy-free seed-based snack and protein bars. Sorensen’s idea for the product was rooted in his personal journey. At the tender age of 3, Blake’s parents needed to rush him to the hospital after he had vomited and had his throat swell shut. Doctors determined that Sorensen had a potentially deadly allergy to tree-based nuts including cashews, pistachios and almonds. Growing up, Sorensen could not eat most candy or snack bars, trail mixes, and cookies on the market, and this extended to his football playing days at Wisconsin.

Based on his own experience with nut allergies, Sorensen conceived and developed an idea for a line of snack bars featuring a combination of seeds and fruit. Benefitting from the knowledge he gained from his mother, who works as a nutritionist, he made the first bars using a food processor in his own kitchen in Indiana with food bought from a local grocery store.

Now branded and sold as Blake’s Seed-Based bars the product is currently offered in 4 snack and 2 protein bar flavors. Sorensen admits that once he thought of the concept, he needed to further fill it out and develop a marketing plan. “The idea for Blake’s Seed Based stemmed from my own nut allergy,: he says, “ The business idea was developed in a social entrepreneurship course I took while getting my MBA at Indiana University. We were tasked to identify and solve a social need. Drawing from my personal experience with nut allergies, I knew there was a lack of healthy, allergy-friendly snacks in the market.”

Sorensen knew that the statistics bore out his perception of a market need for the product. According to the Food Allergy Resource and Education organization (FARE), the prevalence of food allergies among children increased by a whopping 50 percent between 1997 and 2011. This growth has continued into the current decade with a major study showing a 21 percent growth in peanut allergies alone between 2010 and 2017 and estimating that 2.5% of U.S. children have peanut allergies while approximately one in ten adults has some type of food allergy. Meanwhile, private insurance claims for anaphylaxis have risen by 377% in the past decade.

In terms of the positioning of the product, the Minnesota-native insisted that it be focused on being something that is fun and carefree — and something everyone can eat and enjoy.  He observes, “No one wants to be labeled as the “allergy kid,” and it’s even more frustrating when your food options are extremely limited. I set out to create products that people with and without food allergies would love. We accomplish this by developing a fun brand that is carefree and inclusive, making bars with delicious, healthy, underutilized ingredients like Seeds & Fruit, and finally by removing the major allergens (nuts, dairy, gluten) from our bars so almost everyone can eat them.”

To get his first capital to be able to invest in the new product, Sorensen raised $30,000 via a Kickstarter campaign and launched the business while doing his MBA at the Kelley School of Business at Indiana University, benefitting from his experience in a social entrepreneurship course while there. Blake’s Bars soon were selected to be one of five companies selected nationally to be part of the Kraft Heinz incubator, a program designed to disrupt and innovate food. This provided an additional $100,000 and the company has now grown to a 3 person Chicago-based operation as Sorensen hired Adam Root and Bella Sparhawk.

Sorensen’s new team quickly decided to launch a social responsibility program called a “Bar for a Box” whereby the company donates one Blake’s Seed-Based bar to a school or organization in need for each box of 12 that is sold with a goal of donating 1 million bars. The fact that the product is composed of all-natural ingredients and that seeds require less water to be produced also reinforces the product’s sustainability, an aspect that is particularly popular with young consumers.

So will the product succeed?  Time will tell, but the product fulfills a clear market need and is gaining momentum quickly. The product has gained distribution in 488 major retail outlets including numerous Walmart, Jewel-Osco, Hy-Vee’s, REI, and Sorensen is confident the product will be in more than 1000 outlets by the end of the year. The product is also being distributed in the athletic programs of almost all of the Big Ten Universities and is being used on the training tables of the New England Patriots and Detroit Lions. This is surely good publicity as nutritionists for these organizations are exacting in their choice of acceptable food both in terms of quality and taste.

While there are some competitors on the market, such as 88 Acres and Picky Bars, the category appears poised for rapid growth, and Blake’s Seed-Based appears to be very well positioned. The company is also planning to expand the product line to include cookies, trail mix and crackers next year and has investors lined up to back a move to national distribution.

So stopping Blake’s Seed-Based bars may be as difficult as trying to run through an imposing linebacker.

Cramer says the stock market is too optimistic about an economic recovery — ‘it’s just not going to work like that’
Acclaimed Bartender Ivy Mix On Her New Book, ‘Spirits Of Latin America’
Yankee Stadium will play host to a drive-in festival this summer in New York City
Hold onto your boarding pass. How TSA screening procedures are changing because of coronavirus
A brief history of the original fish taco