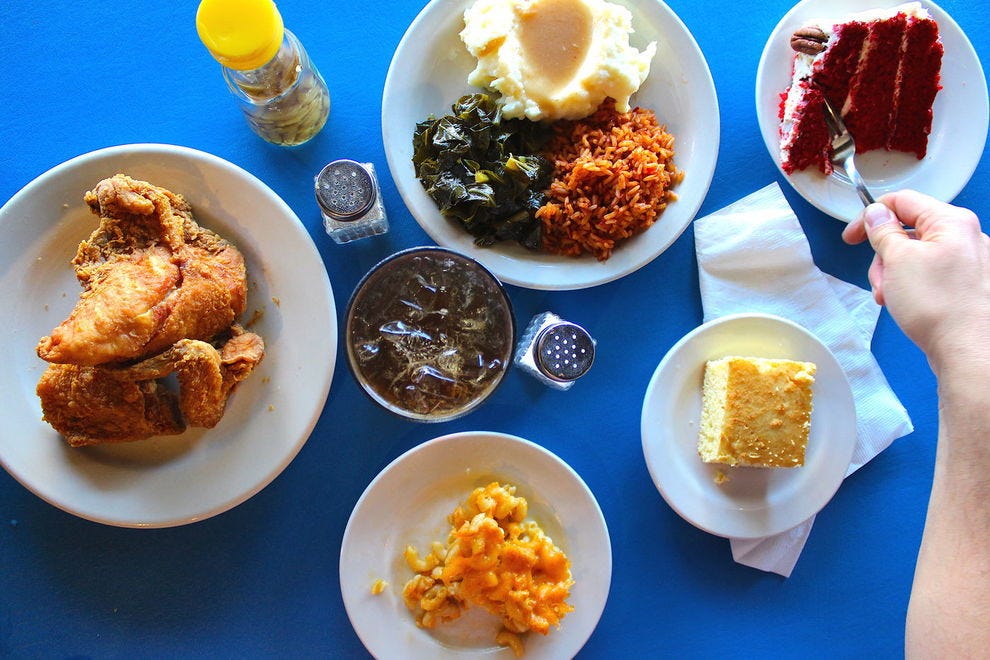 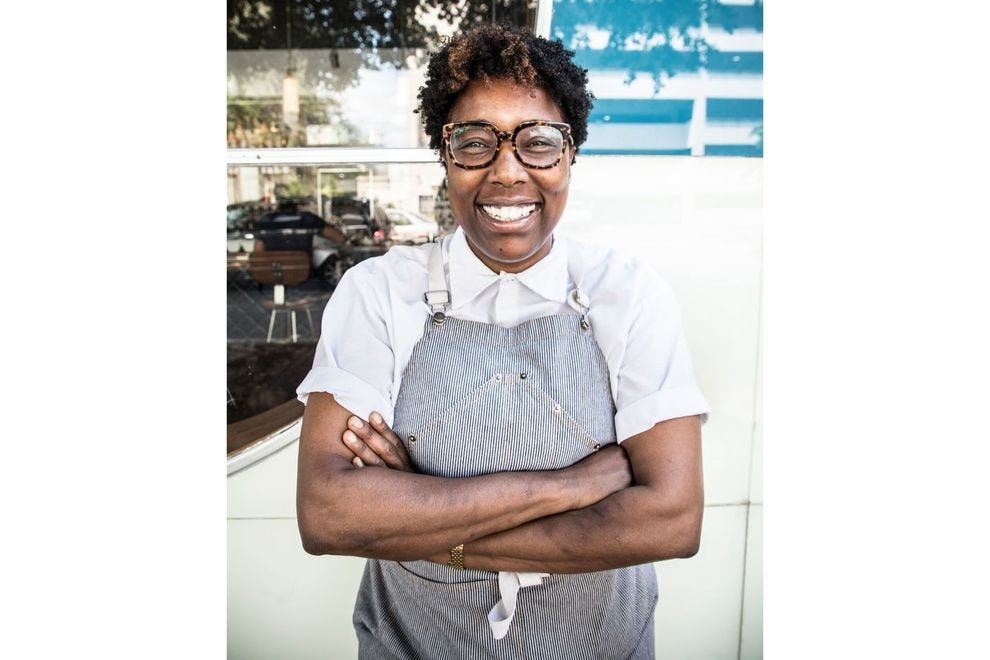 Chef Mashama Bailey grew up visiting family in Savannah, Georgia and it made an impact on her culinary career, later bringing her back.

“My mother would make red rice often while we lived in Savannah and I’m sure she learned how to make it while we lived there. It’s a very Lowcountry dish, and since moving back, I see how important rice is to the culture here.”

After going to culinary school and working for Gabrielle Hamilton as sous chef at Prune in New York, she teamed up with venture capitalist John O. Morisano to open The Grey, a restaurant in an abandoned Jim Crow-era Greyhound station in Savannah.

Bailey and her team craft modern Southern cuisine in a space that her relatives wouldn’t have been allowed in during segregation. The menu in the dining room features dishes like foie gras and grits, combining traditional food with modern preparations.

“In the dining room we like to have guests take their time, enjoy the room and service.”

Diners are treated to “thrills” for dessert, homemade popsicles popular in Savannah’s African-American neighborhoods. And the diner bar has sandwiches and shared plates best enjoyed with one of their cocktails. 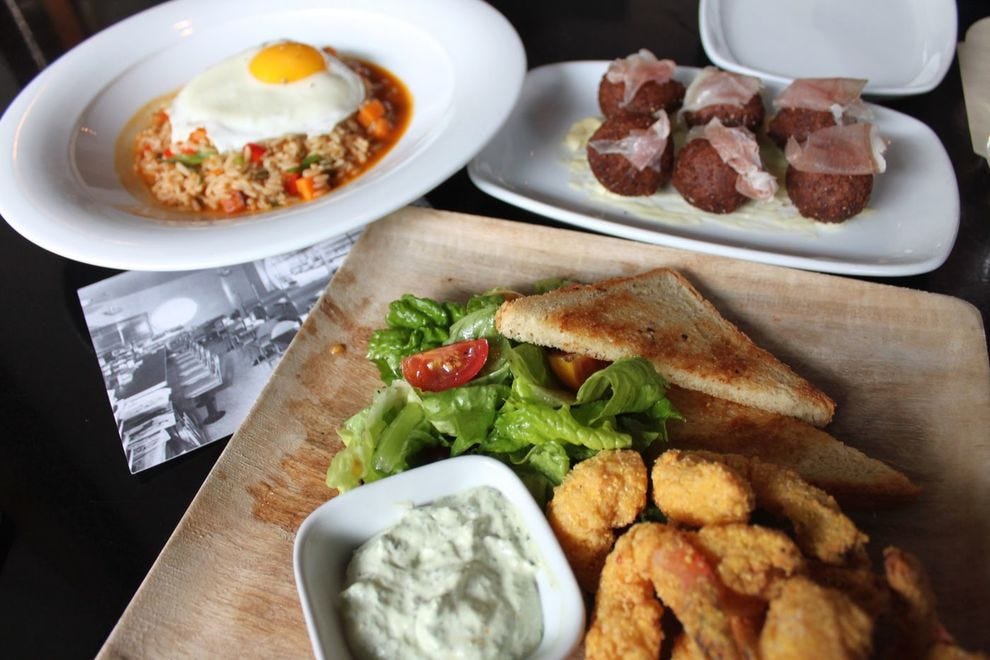 “[It’s] loud, fun and very casual,” said Bailey. “It’s a full bar with its own menu and also a bit of a holding space for guests to have a drink or snack before their reservations…we play records in there and have an approach to the food that is easy and quick.”

Bailey gained further recognition when she appeared in an episode of season 6 of Netflix’s Chef’s Table. In 2018, the team opened The Grey Market down the street, inspired by New York City bodegas, with breakfast sandwiches and prepared foods.

The Grey’s reservations are highly sought after and require advance planning. Even if you don’t get a table at the restaurant, you can enjoy Chef Mashama Bailey’s favorite Savannah eateries. Here are a few to keep in mind.

Located on Savannah’s Eastside, south of the Historic District, Narboia’s Grits and Gravy serves up soul food dishes like creamy grits, crab stew, and fried tilapia since opening in 2010. It’s no wonder that Bailey included it as an inspiration in her episode of Chef’s Table.

“At Narobia’s, the beef liver and grits is purely classic. The gravy is homey and the liver is cooked perfectly. Also it’s in the name so you must try the grits and gravy.”

Sisters of the New South

With a meal like this, how can you go wrong? — Photo courtesy of Visit Savannah

With three locations in Georgia, Sisters of the New South in Victory Heights serves traditional Southern food like oxtails, stewed okra and hamburger steak. But it’s their fried chicken that keeps people coming back for more.

“Sisters’ fried chicken is great because it reminds me of my own, crispy and seasoned. I think it’s the best in town,” says Bailey.

Set in a former grocery store around the corner from Pulaski Square, one of Savannah’s iconic public parks, is Crystal Beer Parlor. It opened in 1933 as a gathering place for those struggling through the Great Depression. Today, Crystal serves all types of diners with beloved burgers and 26 beers on tap.

Bailey explains, “The Crystal’s Greek wings are tangy and crispy at the same time. The flavor combination they use will have you ready for a second round no matter what.” 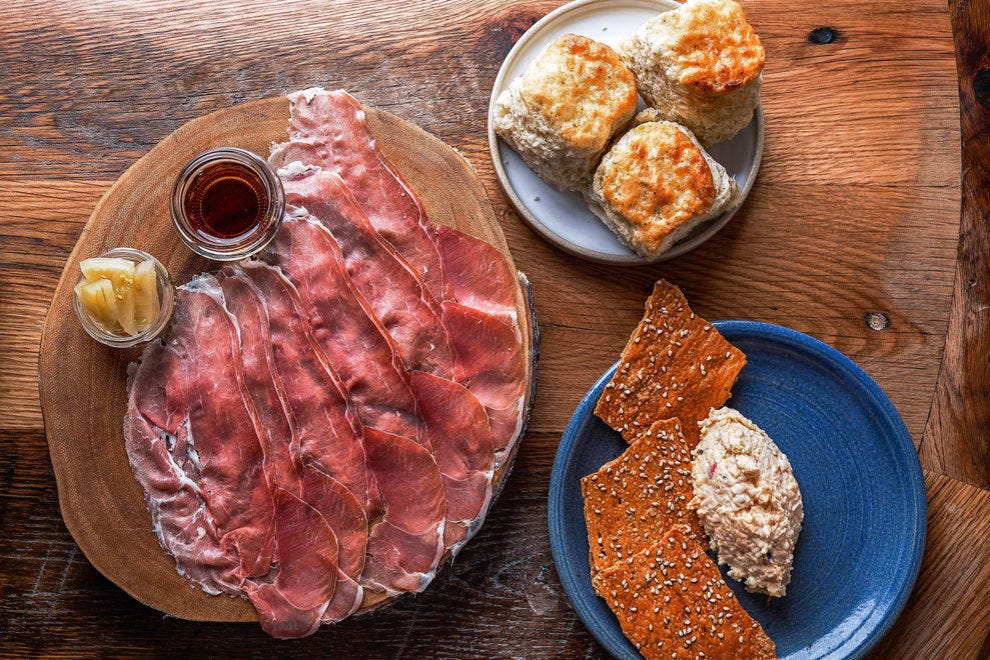 Chef Sean Brock’s culinary empire started in Charleston with Husk, which has since opened locations around the region including in Savannah near Wright Square. The restaurant is known for its approach to regional ingredients like the benne seed and Carolina gold rice as local and artisan proteins.

Bailey says, “Husk’s charcuterie board is uniquely Southern with local everything from the meats to the cheese and extra bits they provide.”

Eastside’s Cotton and Rye takes pride in making as much as possible from scratch, whether that be bread or sausage and pâté. These items play into menu items like the sausage and cheese board and the house bacon on their burger.

Bailey gushes, “Cotton and Rye’s burger is pretty great! It comes with house cured bacon, caramelized onions and the works!”

Off bustling Broughton Street is Circa 1875, a restaurant that feels much more like France than Savannah. The name comes from the year their gastropub opened. Their steak frites, cassoulet and crepes with local Georgia shrimp are all popular choices.

“The mussels at Circa 1875 are my favorite. There is just the right amount of garlic and white wine to make those mussels so tasty. It’s a great little place to people watch as well,” Bailey explains.