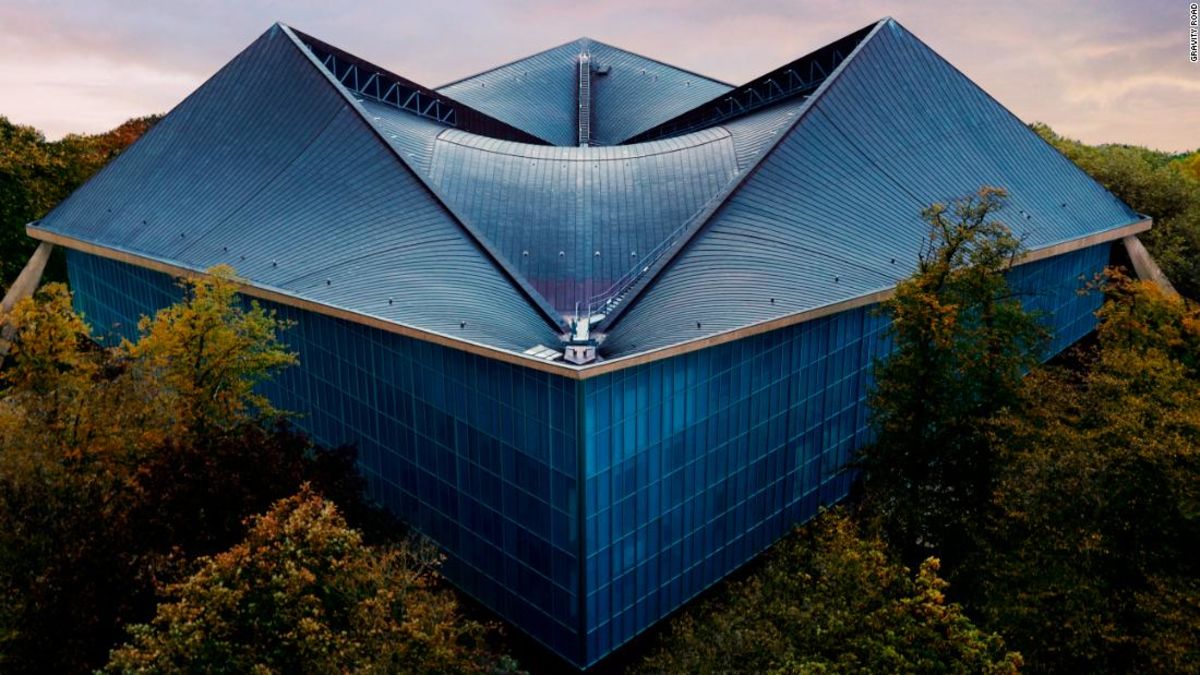 Over the past few years, many of London’s museums have had impressive facelifts or gotten new digs altogether. There’s the atrium at the Imperial War Museum, architect Amanda Levete’s courtyard and subterranean gallery at the Victoria and Albert Museum, and an extraordinary new home for the Design Museum.

We travel to these institutions for their themes, collections, locations — and occasionally their quirkiness. Remarkably, entry to most of them is free, although you will probably have to pay for temporary exhibitions.

The first national museum to be opened to the public anywhere in the world has been serving up artful magnificence since 1759.

The Trustees of The British Museum

Even if you don’t look at a single artifact, going to the British Museum is worth it just to stand in the magnificent Great Court and drink in the 19th-century architecture and soaring geometric glazed roof.

The museum’s collection is also staggering — over eight million objects “spanning the history of the world’s cultures” — as surely befits the first national museum to be opened to the public anywhere in the world. When it first welcomed visitors in 1759, it was free and it still is today.

— The Rosetta Stone, whose text in three languages was key in deciphering ancient Egyptian hieroglyphs.

— The Parthenon Sculptures, sometimes known as the “Elgin Marbles,” famed classical reliefs that once adorned the ancient temple overlooking Athens.

— The beautifully preserved Mummy of Katebet.

The V&A’s Exhibition Road Quarter has opened to visitors a fancy porcelain-tiled courtyard and subterranean galleries.

Colloquially known as the V&A, this world-renowned collection of art, design and performance is housed in an extraordinarily grand South Kensington building designed as an exhibit in its own right.

The collection spans 5,000 years of human creativity across all cultures and artfully fuses past and present.

As you walk through the museum’s mix of Victorian and contemporary architecture, you’re as likely to see an exhibition on Pink Floyd as curios from the past such as “Tipu’s Tiger,” a 1793 Indian barrel organ comprising a Western oppressor being mauled by a tiger.

Housed in a building that was once the storied mental hospital Bedlam, the IWM shares the stories of people and war, from WWI through today.

Impressively refurbished a few years back — though still in a building that was once a notorious mental hospital (the Bethlem Hospital or “Bedlam”) — the main London branch of the IWM tells the stories of people who lived and died in wars from WW1 to today. The four other outposts offer immersive, experiential exhibits as well.

The collection can be shocking — what’s left of a car destroyed by a suicide bombing in Iraq — and is often deeply personal, with many letters written by WW1 soldiers on display. Many objects also express a sense of hope and yearning for peace. Above all, it asks us to think about the human cost of war.

Don’t miss: Churchill’s War Rooms, the IWM in Westminster, where you can explore the underground bunker Prime Minister Winston Churchill ran government from during WWII.

The hyperbolic paraboloid rooftop is reason alone to visit the Design Museum, in the Kensington neighborhood.

A newbie compared with some of the venerable institutions on this list, the Design Museum was founded in 1989 by stalwart of modern British design Sir Terence Conran. In the quarter century it’s been around, this archive of contemporary design and architecture has amassed an impressive collection of some of the key designs to shape the modern world.

Don’t miss: Gazing in awe at the “hyperbolic paraboloid” roof (try saying that after a few drinks in the museum’s smart Parabola restaurant) at the museum’s new home in Kensington. British architect and master of minimalism John Pawson created the building inside the shell of 1960s modernist landmark, the Commonwealth Institute.

With or without kids, the V&A Museum of Childhood is an incredible, tactile destination.

Got children with you? This branch of the V&A, the Museum of Childhood, has been collecting childhood-related objects since 1872, so it’s a great place to take them.

There’s lots of hands-on stuff to keep them occupied. Even if your party is adults-only, the museum has an incredible collection of “Star Wars” and “Transformers” action figures, as well as toys covering crazes through the decades from MicroMachines to Cabbage Patch Kids and Game Boys to Teletubbies. We dare you to go and not feel overwhelmed by childhood nostalgia.

Don’t miss: Drag yourself away from the action figures and check out the extraordinary collection of exquisite doll houses from the Victorian era to the early 20th century. An insight into how people lived in the past perfectly miniaturized.

The Trustees of the Natural History Museum

Sometimes dubbed a “cathedral of nature” for its soaring, ornate halls filled with dinosaur skeletons and specimens, the collection here is widely considered one of the world’s best natural history museums.

Established close to 150 years ago, the institution’s 80-million specimen collection includes some collected by Charles Darwin, and is also host to Archie the 8.62-meter giant squid, who is preserved in spirit in a tank.

Don’t miss: The new centerpiece of the museum’s magnificent entrance hall — the skeleton of a 25.2-meter blue whale swooping down from the ceiling, mouth agape as if diving to feed on a patch of krill. As part of the $15.5 million revamp, previous museum inhabitant and beloved national treasure Dippy the diplodocus skeleton has been sent out on tour around the UK.

Adjacent to the V&A and the Natural History Museum, this science-specialized institution is a temple of technology.

The Science Museum is part of the concentration of Victorian-era cultural institutions on Exhibition Road in South Kensington nicknamed “Albertopolis” after Queen Victoria’s husband Prince Albert, who originally bought the land with the vision of creating a world-class cultural quarter.

This temple of technology sits next to the V&A and the Natural History Museum and calls itself the “home of human ingenuity.” Through themed exhibitions, you can trace the history of flight, explore space and find out about scientific pioneers.

Don’t miss: If you fancy a night at the movies, the Science Museum is home to an IMAX theater that’s one of the biggest in the UK — with a screen the height of four double decker buses from floor to ceiling. It shows science-themed documentaries as well as blockbusters.

The museum and library named for Victorian pharmacist and collector Sir Henry Wellcome aims to change how visitors think and feel about health.

Sir Henry Wellcome was a Victorian pharmacist, businessman and collector who assembled a vast hoard of medical tools and curiosities — which have since become this museum. On show at the Wellcome Collection are the namesake’s razor, amputation tools and books containing the entire human genome, as well as works of art. It’s worth checking the website for their fascinating temporary exhibitions and related talks.

Don’t miss: It’s hard to choose from the cornucopia but John Isaacs’ sculpture “I can’t help the way I feel,” which depicts a mass of swollen tumors on legs, is an arresting visualization of the psychology of eating disorders.

A bloated taxidermied walrus has for over a century been the centerpiece of the Horniman Museum and Gardens, which displays anthropological oddities.

If there’s one museum that should make visitors leave central London and venture to the wilds of the South, it’s the Horniman.

It was founded by Frederick Horniman, a successful tea trader whose fortune and extensive travels helped him amass a huge collection of zoological specimens and anthropological oddments. The collection now includes a “merman,” an Ancient Egyptian mummified crocodile and live jellyfish in the aquarium.

Don’t miss: The star of the show is the bloated taxidermy walrus, which has been on display in the museum for over a century.

This unusual creature looks overstuffed and is missing the skin folds a live walrus normally has. It’s thought to be a taxidermy error as most people in Victorian times wouldn’t have known what a walrus was supposed to look like.

Peek at — shudder — antique surgical instruments and one of the oldest surviving operating rooms in the UK, at the Old Operating Theatre museum.

Hidden away in the roof space of an old church, this relatively undiscovered gem of a museum houses one of the oldest surviving operating theaters — AKA surgical operating rooms — in the UK. After you’ve given yourself the shivers looking at the theater, you can examine the gruesome surgical instruments — amputation blades, trepanning tools — and admire some formaldehyde-pickled human organs in jars.

Don’t miss: Not as gory but perhaps more eerie is the herb garret with its human skeleton and vast collection of herbs, medieval tools and old notes about the ailments herbs could cure.

Situated in the South London borough of Greenwich, along the River Thames, the Maritime is home to an excellent all-things-sea-related collection.

The beautiful South London borough of Greenwich (OK, fine, this is another reason to venture South), which sits on the banks of the River Thames, was at the heart of Britain’s nautical interests for centuries. It’s no surprise then that the maritime museum has an excellent array of all things sea-related: maps, models and some famous artworks.

Displays include an investigation of Captain Cook’s last voyage to look for the Northwest Passage in the 1770s and artist J.M.W. Turner’s largest and most publicly controversial painting “The Battle of Trafalgar.”

You can make a day of it in Greenwich: The museum is part of a group called the Royal Museums Greenwich that also includes the Queen’s House and the Royal Observatory up the hill.

Don’t miss: Five minutes’ walk from the maritime museum is the Cutty Sark tea clipper ship, designed in the 19th century to transport tea from China to Britain as fast as possible. The ship has been fully restored and is suspended above the ground so you can walk underneath it. It was the fastest ship of its time and remains impressive today. (Admission: Adult $17.70 (£13.50), Child $9 (£7))

Displaying sometimes-freakish animal models and remains, the Grant Museum of Zoology is a brilliant cabinet of curiosities.

Walking into this small-but-perfectly-formed museum is like entering a Victorian cabinet of curiosities. Wood-and-glass display cases line the walls, and tables fill the spaces in between. All are crammed full of a cornucopia of animal models and remains: skeletons, single bones, teeth and creatures pickled in spirit and trapped in clear Perspex.

The effect is compelling — and sometimes a bit gross. There’s the large jar filled with 18 moles, the Dodo bones and the brain collection. PS: Don’t get freaked out by the bisected pregnant cat.

Don’t miss: The rarest skeleton in the world — that of the quagga, a South African zebra with fewer stripes than other species that has been extinct since 1883. The museum’s skeleton is one of only seven known examples in the world.

Here are the top 10 cities for summer staycations
Hold onto your boarding pass. How TSA screening procedures are changing because of coronavirus
New Releases From California – Duckhorn, Cade, Donum And Chappellet
How cork gets from a tree to your wine bottle
The Revamped 2020 Crus Bourgeois Classification Includes Excellent Value Wines