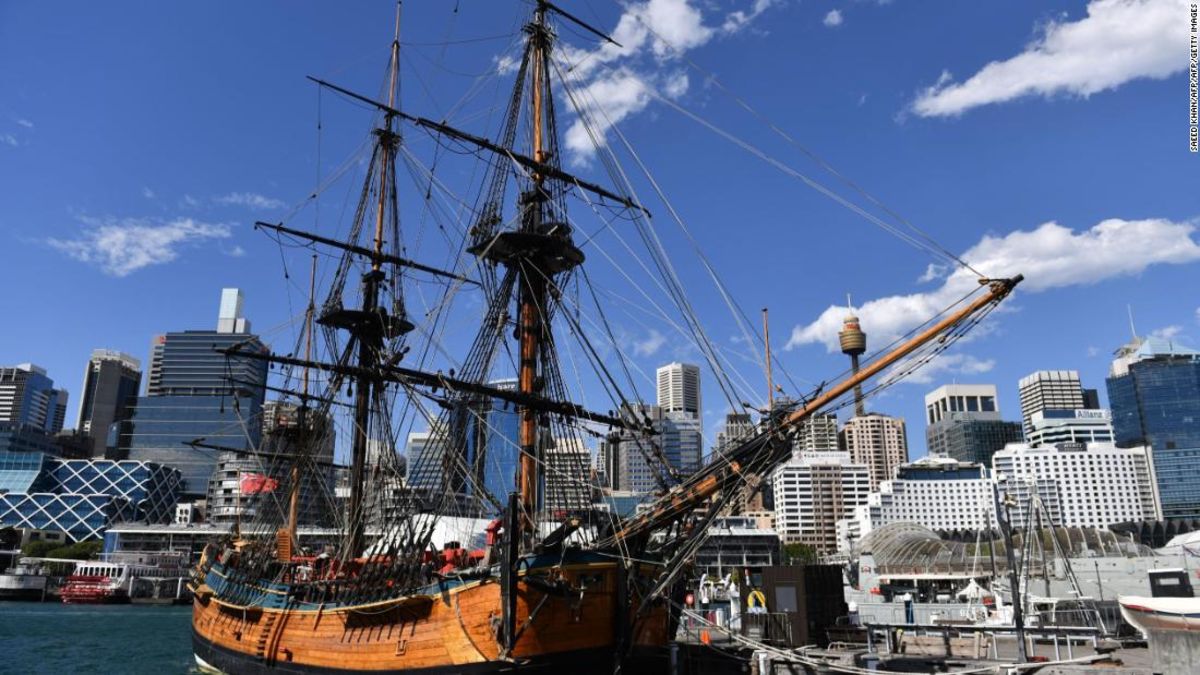 (CNN) — A Māori tribe has banned a replica of Captain James Cook’s ship the Endeavour from docking at its village next month, during a national commemoration of the British explorer’s first encounter with indigenous New Zealanders.

The head of the Ngāti Kahu iwi, or tribe, said his group were not consulted by the government about plans to bring a replica to the region.

The ship is set to form part of a flotilla that will travel around New Zealand in October, under a celebration called “Tuia 250” or “Encounters 250.”

“Cook never came into our rohe [territory], he sailed by, and apparently cast his eye to the port and said, ‘oh, that’s Doubtless Bay.’ It’s a fiction for him to ‘re-visit’ us because he never came,” she added.

“He was a barbarian. Wherever he went, like most people of the time of imperial expansion, there were murders, there were abductions, there were rapes, and just a lot of bad outcomes for the indigenous people.

“He didn’t discover anything down here, and we object to Tuia 250 using euphemisms like ‘encounters’ and ‘meetings’ to disguise what were actually invasions,” Herbert-Graves said.

A statue of Captain James Cook in Sydney’s Hyde Park.

Cook, the preeminent British explorer of the Pacific in the eighteenth century, has connections with many of the UK’s former territories in the region, including New Zealand.

But his legacy, and that of the often brutal imperialism and colonialism which came in his wake, has long been opposed by indigenous communities and has increasingly come under wider scrutiny in recent years.

Following the announcement by the Ngāti Kahu iwi, RNZ reported that other tribes in nearby regions said they would not be holding welcoming ceremonies for the flotilla.

The Tuia 250 event has been organized by New Zealand’s Ministry for Culture and Heritage.

The ministry’s chief executive, Tamsin Evans, told RNZ it had thought it had support from the iwi for its plans, which had been discussed with the area’s promotions trust, including with a representative they believed was liasing with the Māori tribes.

“We always knew that Tuia would cause some mixed responses. We fully appreciate the mamae [the hurt] that exists very strongly still in some communities. Our job is to open the books, let’s look at all the history, and let’s start to talk about this.”

The event’s website describes the Tuia 250 commemoration as an opportunity to “recognise and commemorate two extraordinary voyaging traditions and cultures — each with their legacies and technologies, opportunities and vulnerabilities.”

“But most importantly, Tuia 250 ki Tūranga will make room for conversations, some of them awkward, all of them vital to forging a shared future,” it adds.

What you need to know about so-called ‘superfoods’
Vote now to help us choose America’s best small towns
Five charts that track the U.S. economy as states reopen
The best all-inclusive Gran Canaria hotels for a blissful holiday without limits
Las Vegas is reopening June 4