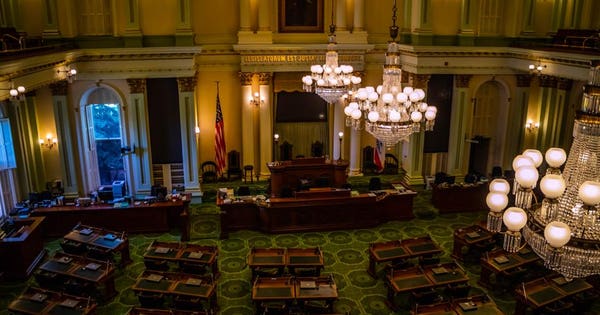 The California legislature has just passed a new law, Assembly Bill 5, or AB-5, that will disrupt many franchised businesses.  Although largely viewed by the media as a bill about the gig economy, the new law codifies the ABC test adopted by the California Supreme Court in last year’s Dynamex decision as the test for distinguishing employees from independent contractors.  Simply stated, the ABC test provides that a worker is an employee of an alleged employer unless she is performing work free from control of the hiring entity, that the work is “outside the usual course of the hiring entity’s business,” and the person is customarily engaged in an independent trade.

Isn’t It Far-Fetched To Claim That Dynamex And AB-5 Will Apply To Franchise Relationships?

It should be far-fetched, but it isn’t.  In the formerly published Ninth Circuit decision in Vazquez v. Jan-Pro, issued in May of 2019, the court essentially held that franchise relationships were subject to the Dynamex ABC test.  The Ninth Circuit withdrew and de-published that decision in July of 2019 and the case awaits a rehearing.  Following the logic of the Vazquez case, it appears that many franchisors may be in the same business as their franchisees which could give rise to misclassification damages claims by franchisees and their employees.  Additionally, the International Franchise Association lobbied the California legislature to include an exemption for franchising in AB-5, but no such exemption was included.

The Risk to Franchising

A franchise is a license to operate a business under the franchisor’s trademark.  Under the federal Lanham Act, a franchisor must control the quality of the goods and services associated with the licensed mark.  Franchisors develop successful models for running specific types of businesses.  A person interested in running a franchised pizza business would seek out a company with a track-record of operating successful pizzerias and would not be likely to go to Shell Oil or a garment manufacturer for advice on how to make pizzas.

Suppose Jon, who makes the best pizza in New Jersey, franchises his system to 100 franchisees in California, who each have 10 employees, and who—like Jon—are all in the business of making pizzas.  The application of the ABC test to a franchise relationship could easily create a false positive result, because there are many controls that must be asserted in licensing a trademark and it will appear that all workers and the franchisor are in the same business.  Under the ABC test, Jon could now have 100 new California employees he does not know and over whom he has no control whatsoever.  Although Jon never hired, scheduled or supervised any of these employees, he may be sued as their employer.

Franchising is heavily regulated under the California Franchise Investment Law, the California Franchise Relations Act and under the Federal Trade Commission’s Franchise Rule.  Franchise agreements are commercial business arrangements, usually between sophisticated parties, that can be signed only after a franchisee has been provided with a detailed franchise disclosure document and a cooling off period has expired.  Application of the ABC test to franchise relationships will fundamentally disrupt a commercial relationship both parties have chosen to enter into voluntarily.

In part, but the new law goes well beyond Dynamex.  Although Dynamex was limited to wage and hour claims only—which mainly cover minimum wage, overtime and meal and rest breaks—AB-5 covers the entire Labor Code including Labor Code § 2802, which requires an employer to pay the expenses and losses incurred by an employee at the request of his employer .  This is a potential neutron bomb under AB-5.

Suppose Bob opens five Jon’s Pizza franchises in California but loses money at all of his locations.  Based on Dynamex and AB-5, Bob can sue Jon for employment benefits, claiming that he qualifies as Jon’s employee under the ABC test because he is also in the pizza business.  In addition to seeking damages from Jon for unpaid overtime and missed meal and rest breaks, Bob could also claim that all of the money he spent to run the restaurants, including hiring employees, payment of rent, and other operational costs would be “expenses and losses” under Labor Code § 2802 that Jon will now owe to Bob.  Jon may also be sued in a class action by Bob’s employees, who will claim that they are also in the pizza business and that Jon is responsible for any unpaid wages, overtime or missed meal and rest breaks.

Worse, two courts have ruled (although one opinion has been withdrawn) that Dynamex is retroactive, which means that the workers’ wage and hour claims will cover the four years before suit is filed.  AB-5 states that it is retroactive “to the maximum extent permitted by law.”  Because misclassification suits are often filed as class actions, the retroactive application of the ABC test could decimate California franchise businesses.  Applying a completely new standard to past conduct is no different than stating that the speed limit for the last four years has been adjusted to 45 miles an hour, then using radar data to issue retroactive tickets to drivers who were in full compliance with the law at the time.  For plaintiffs, these claims may be like shooting fish in a barrel.

Franchise agreements are for long terms, usually at least ten or twenty years, with renewal rights that are subject to the California Franchise Relations Act.  Franchise agreements almost always grant the franchisee power over the hiring, firing, scheduling, supervision and compensation of the franchisee’s own employees.  A franchisor statutorily converted into an employer may be liable for labor violations as to persons over whom it has no contractual or actual right to control.

How Has California Law Dealt With This Before?

Over the course of almost fifty years of franchise law decisions, California courts had developed a carefully-crafted test for determining whether franchisors exerted excessive controls over their franchisees, sufficient to create an employment relationship.  Although franchisors have never had a free pass under California law just because of their status as franchisors, franchisors were not liable if they limited their controls to those necessary to protect their brand standards.  The now-withdrawn Vazquez opinion rejected this long line of cases and the supporters of AB-5 were deaf to requests that a franchise exemption should have been a part of the bill.

Where Does AB-5 Stand Now?

AB-5 has now passed and Governor Newsom has said that he will sign it.  There have been reports of last minute negotiations for an exemption by ride-hailing and food delivery companies, but there are no reports yet that any accord has been reached.  Presidential candidates Joe Biden, Bernie Sanders, Elizabeth Warren, Kamala Harris and Pete Buttigieg have already endorsed the bill.

Jonathan Solish, a partner in the Santa Monica office of Bryan Cave Leighton Paisner LLP, contributed to this post.

The Denver Zoo welcomes its first-ever baby rhino after a ‘heroic effort’ from zoo staff — and mom
Museum hires refugees as docents to help visitors see exhibits from a new perspective
12 of New Zealand’s most beautiful places
Eco travel: What are our current options for green aviation
Massive sandstorm strands travelers in Canary Islands