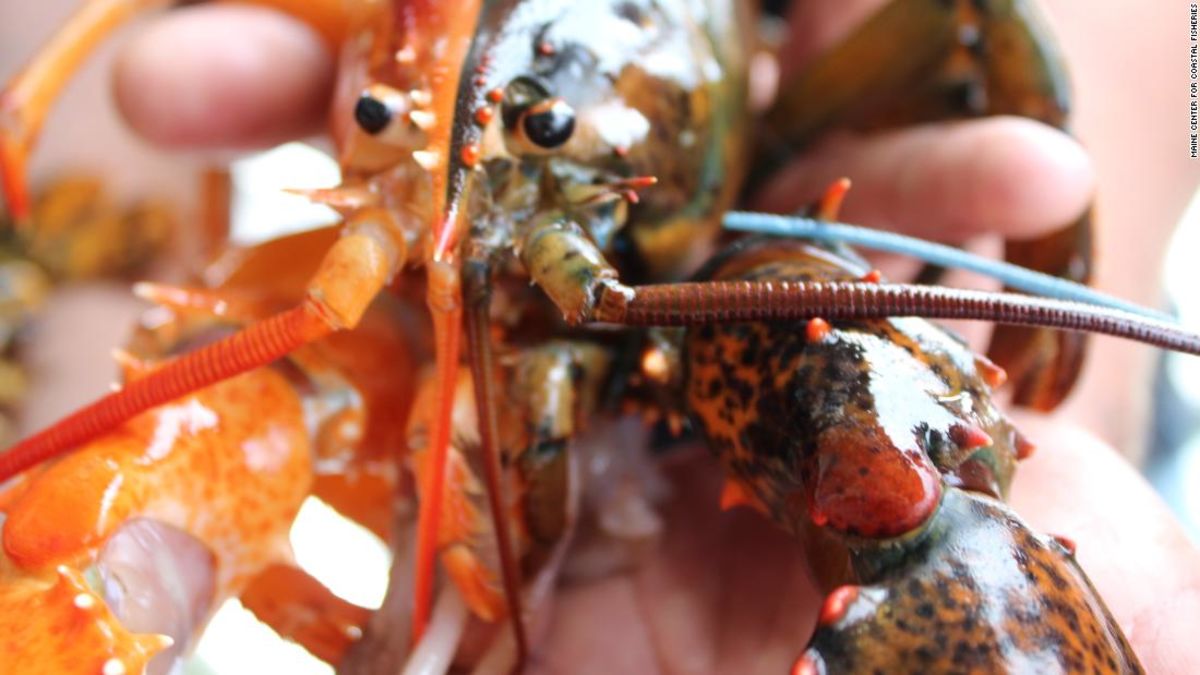 (CNN) — A fisherman off the coast of Maine pulled in an incredibly rare two-toned lobster on Friday. It’s a one in 50 million find.

The lobster’s color is bifurcated straight down the middle — meaning it’s partly black and partly red. The unique color pattern is likely due to a rare genetic mutation, fisheries scientist Matt Thaluhauser said.

Captain Daryl Dunham, the fisherman who found the two-toned crustacean near Stonington, a cluster of islands southwest of Bar Harbor, is donating it to the Maine Center for Coastal Fisheries.

It won’t be alone.

The crew of rare lobsters at the Maine Center for Coastal Fisheries.

The bicolored male will complete a quartet of colorful crustaceans already on display at the Maine center. He’ll live with two calico lobsters — they’re one in 30 million — and a blue lobster that’s one in 2 million.

Oh, and in case you’re counting — the odds of this crew all sharing a tank together are around one in 90 octillion, the scientist said.

The male will spend a stint in the center’s touch tank, where visitors can feel the rare lobster’s shell, before staff thank him for his service and set him free in the briny New England bay where he was caught.

Carnival’s stock soars after Saudi sovereign wealth fund takes stake in the crippled cruise company
Scenes of Sin City shut down by coronavirus
$600 ‘doomsday’ dinner party, delivered to your door by bunnies
Escape to your own tropical island from the comfort of your couch
Book it: 10 works that will transport you around the world