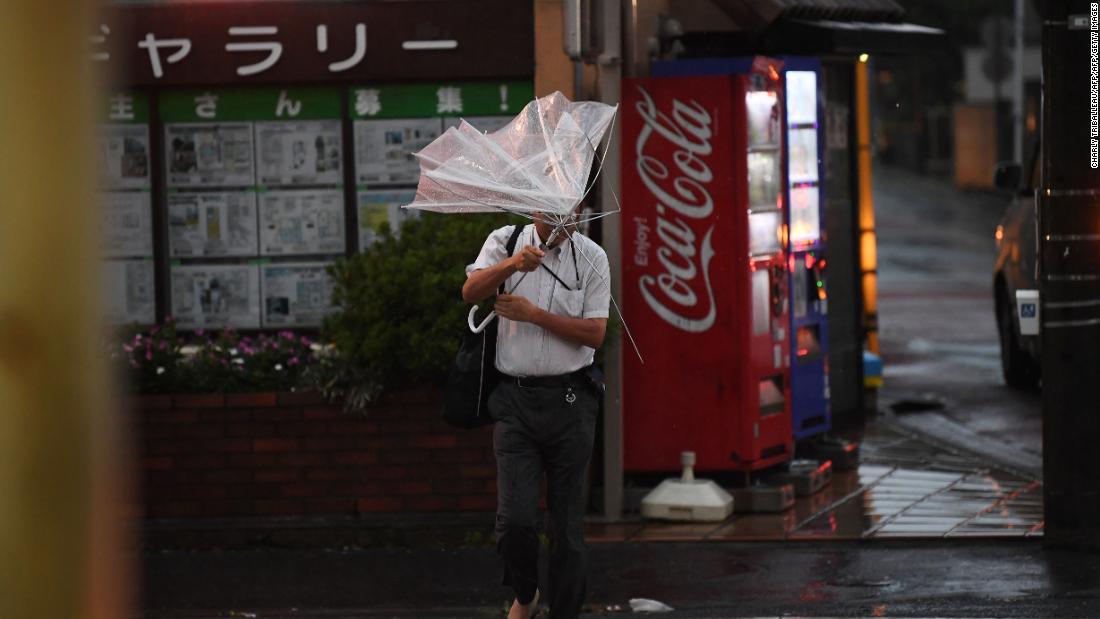 Travel
Share on Facebook
Share on Twitter
Share on Pinterest
Share on LinkedIn
Share on Facebook
Share on Twitter
Share on Pinterest
Share on LinkedIn
Typhoon Faxai, which made landfall early Monday morning in the coastal city of Chiba, brought heavy rain and winds of 120 miles per hour, according to the Japan Meteorological Agency (JMA).
The storm then moved over Tokyo and paralyzed transport. Major subway stations in Tokyo were crammed full of commuters on Monday morning, all stuck waiting for bullet trains and subway services that had shut down.
The train services gradually resumed mid-morning, but all lines are still experiencing delays.
More than 100 flights to and from airports in the Tokyo area were canceled on Monday, including 49 Japan Airlines flights and 41 by All Nippon Airways, according to the airport website. The entire Keikyu rail line, which connects Tokyo and Yokohama to Haneda Airport, is still suspended.
Highways were shut down, departing ships were canceled at Tokyo Port, and rail lines closed on Sunday and Monday.
Photos show flooded streets, littered with downed trees and branches. Workers on Monday tended to signposts and lamps that had blown over, and employees at the Higashi Chiba train station inspected the roof, which was twisted and torn apart.
There are also widespread blackouts — nearly a million households are without power, according to public broadcaster NHK. The entire islands of Shikinejima and Oshima off the country’s south coast lost power, according to the Tokyo Disaster Prevention Department.
So far there have been no deaths reported, but at least ten people have been hospitalized, NHK said on Monday.
Ahead of the typhoon, JMA issued storm surge, flood, and landslide warnings, and asked the public to avoid going outdoors.
An evacuation advisory was issued Sunday night for about 150,000 people in the Kanagawa, Shizuoka, and Tokyo prefectures, with evacuation preparation information delivered to about 2.5 million people, according to NHK. Evacuation shelters were set up across Tokyo, including the city wards of Minato, Machida, Meguro and more.
By Monday mid-morning, most of the evacuation orders across Tokyo had been canceled, and storm warnings in the Tokyo area lifted. However, the Tokyo Disaster Prevention Management warned residents to remain alert for strong winds.
The typhoon is now forecast to move northeast away from Japan and into the open Pacific over the next day, with maximum wind speeds expected to weaken to 26 mph by Tuesday, according to JMA.
This article was originally published by Cnn.com. Read the original article here.
Share on Facebook
Share on Twitter
Share on Pinterest
Share on LinkedIn

Edgar Allan Poe’s Baltimore home was named a literary landmark
Super Bowl 2020: Here’s your travel guide to the big game in Miami
An actress with small role in ‘Marriage Story’ is suing a cruise line for an alleged bed bug infestation
10 unique and quirky museums around the United States
Australia’s Wollemi pines saved from bushfires in secret government mission