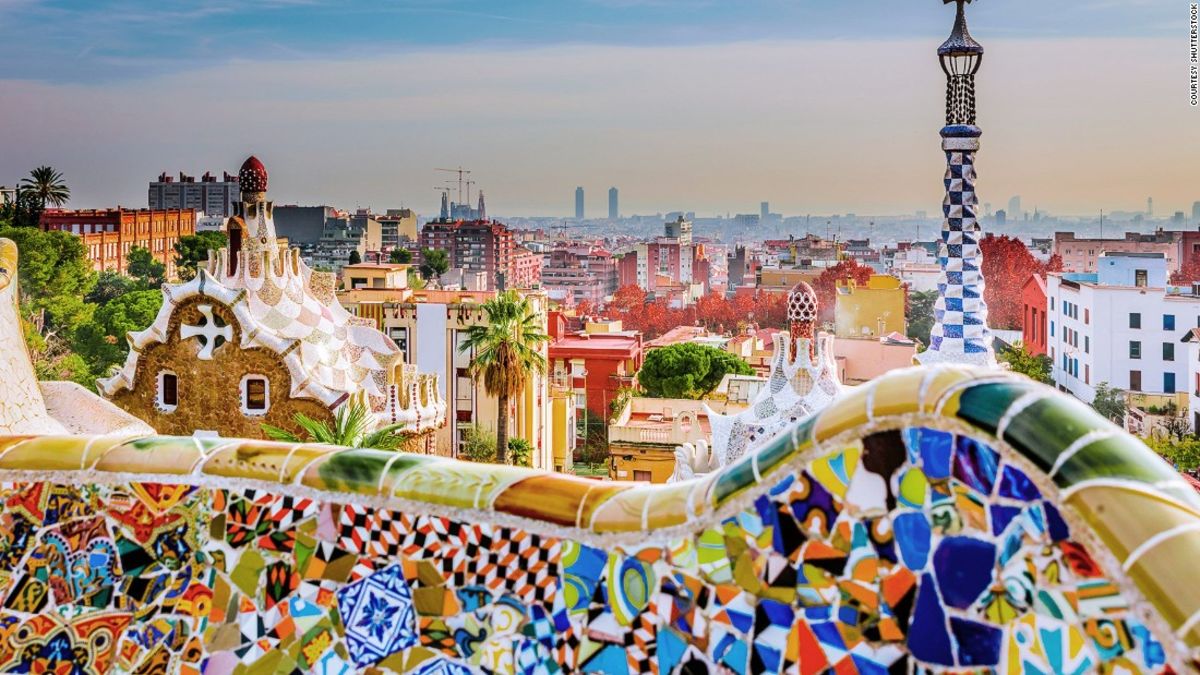 (CNN) — It has more than 3,000 miles of coastline, and no fewer than 48 UNESCO World Heritage sites.

Now, Spain has been declared the best country in the world to visit.

For the third year running, it slid in just above France in the 2019 Travel & Tourism Competitive Report by the World Economic Forum, the Swiss-based organization that annually gathers the global elite to discuss major issues.

Germany’s third place — above the likes of Italy, Japan and the United States — may surprise some. But the destinations are ranked by “travel readiness” at what the WEF calls a “tipping point” for the travel industry. The 90-strong criteria included infrastructure, safety and sustainable travel initiatives. Culture, accommodation and value for money were also taken into account.

Japan and the United States rounded out the top five. Yemen came bottom, at number 140.

Little change at the top

Italy, home to Rome’s Colosseum, is eighth on the list.

The top 10 countries have remained largely unchanged from last year’s rankings, apart from the UK, which slid from fifth place to sixth.

Italy came in at number eight, and Canada at nine.

To create the biennial table, the WEF looked at four areas of tourism: natural and cultural resources, infrastructure, national travel and tourism policy, and the “enabling environment” (from safety and hygiene to the labor market). It measured 90 indicators against 14 “pillars” within those areas, meaning all 140 countries were rated for things like cultural resources, air transport infrastructure, and price competitiveness.

The pillars were then aggregated to form the overall rankings.

Austria — whose capital, Vienna, was named the “most livable city in the world” this month — was ranked 11 overall. It did, however, top the board for “health and hygiene.”

Looking at security, Finland, Iceland and Oman were judged the safest countries. El Salvador, Nigeria and Yemen were ranked the least safe.

The US came top in only one pillar: that of the “human resources and labor market.”

Canada was ranked top for air transport infrastructure, and Mexico for natural resources.

In the overall rankings, there was more movement outside the top 10. Romania, Serbia and Albania all shot up 12 places to 56, 83 and 86 respectively. Egypt rose nine places, and Oman eight.

Meanwhile, Taiwan slid seven places to 37, Ecuador fell from 57 to 70, and Trinidad and Tobago had the biggest fall, plummeting 14 places from to 73 to 87.

The top 10 countries to visit in 2019, according to the World Economic Forum

The bottom 10 countries to visit

On the trail of African American writers and artists in Paris
How to see the northern lights (and other inspiring sights) in the mighty Yukon
What it’s like to hunt for truffles in Tuscany
A snowy hot springs where clothing is optional after dark
United Airlines gives $90,000 in travel vouchers for downgrading passengers