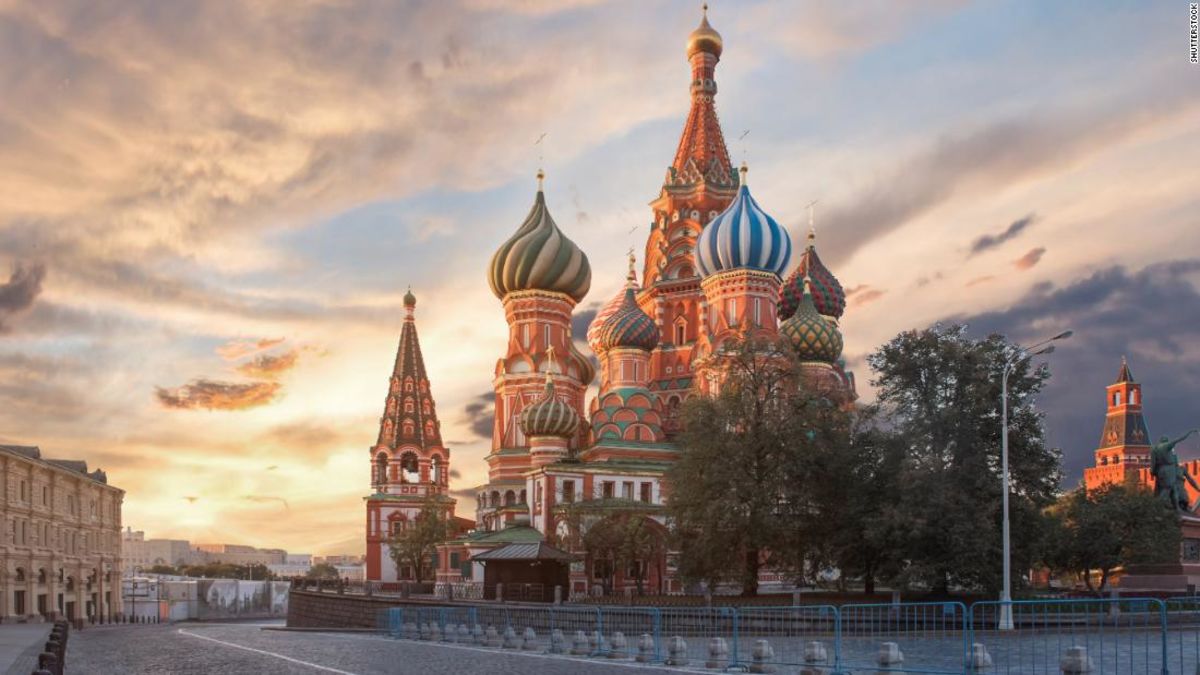 It’s a fascinating destination with clashing layers of history: the czarist era rubs against the decades of austere communism followed by a 21st-century economic boom of sometimes flagrant excess.

Figuring out what to see can be a bit bewildering in this huge, complex city.

Here’s a quick roundup of some of Moscow’s top attractions — both tourist favorites and a few unexpected places — when you travel here:

London has the Thames. Paris has the Seine. And Moscow has the Moskva. It may not get the same attention, but it’s nonetheless a good place for a walk or boat tour.

A riverside stroll between the Cathedral of Christ the Savior and Gorky Park (with one bridge crossing) would take about 90 minutes, depending on your walking speed and how much you stop to gawk. And if you’re a fan of religious buildings, you can begin or end your walk with a tour of the cathedral, which was destroyed on Josef Stalin’s orders in the 1930s but rebuilt in the 1990s.

A river cruise in any major city with a waterway lets you get a whole new take on it, and Moscow is no exception. You can book cruises of varying times and routes from different companies. Night cruises get special raves from tourists online. Just remember Moscow has long winters, and the river can freeze over for months.

Visiting the various sights in historic Red Square can really hit you in the wallet, but here’s an attraction that’s still free: the mausoleum holding the embalmed body of communist revolutionary Vladimir Lenin.

The mausoleum once had an almost religious pull for citizens of the officially atheistic Soviet Union, with people waiting long hours just to get a glimpse of Lenin and perhaps leave a flower.

In today’s Russia, it’s a less somber atmosphere along the walls of the Kremlin. There’s even talk of closing the mausoleum to visitors, so if you want to see the preserved body of the man who set the historical trajectory for much of the 20th century, act quickly. Hours are limited; plan your schedule well. And you can’t take cameras or bags inside.

When you close your eyes and think of Moscow, you might picture St. Basil’s Cathedral in your mind. You’ve probably seen its richly colored, onion-shaped domes on television during fireworks shows or as a backdrop for Western TV correspondents.

Czar Ivan the Terrible ordered its construction to mark a huge military victory over Mongols. It was finished in 1560 and is also known as Pokrovsky Cathedral.
These days, it’s a museum and one of the major attractions of Red Square. A religious service is held once a year in October, on the Day of Intercession in Eastern Orthodoxy.

Gorky Park is the Wi-Fi-equipped epicenter of Moscow’s metamorphosis into a kinder, friendlier urban space.

Opened during the Great Terror of the late 1930s, the park showcases Stalin’s imperial style: The central concrete strip down the middle was designed for tanks to lumber through after parades in Red Square.

An overhaul has transformed Gorky Park into the city’s most happening place to hang out. Gone are the rusting roller coasters of yore, replaced by cafés, an outdoor cinema, lounge chairs and free dance and yoga classes. And fans of the 1981 murder mystery novel “Gorky Park” by Martin Cruz Smith will get a kick from just being here.

Even people who don’t follow ballet and opera have usually heard of the renowned Bolshoi Theatre.

In 2011, Russia’s beloved Bolshoi reopened after a long renovation. Visitors are now enjoying improved acoustics, new seating and touched-up mosaics that restored the theater to its imperial luster after decades of communist neglect.

The opera and ballet productions are more popular than ever, but it’s not just the same old “Swan Lake.” Experimental stagings of classics such as “Ruslan and Lyudmila” were sending traditionalists into a tizzy — and winning the theater new cultural relevance.

The theater runs an online booking system. Reserve early, as tickets can sell out months in advance. In 2018, the Bolshoi is closed from July 29 to September 12 (though nothing can stop you from marveling at its exterior).

The main building of Moscow State University is sure to leave a lasting impression. The Stalinist-era building is a tall, wide, white behemoth topped by a distinctive spire with a star.

It was the tallest building in Europe at the time of its construction and still holds the title of tallest educational building in the world. And what that means for the visitor: Along with a close-up view of communist architecture, a fantastic bird’s-eye view of Moscow.

Moscow’s national department store GUM on Red Square has a rich and mysterious history that few can rival. It has survived more than a century of tumult since opening in 1893.

The 242-meter-long (794 feet), three-story structure escaped the bulldozer three times. And it became Stalin’s office in the 1920s.

Its lavish toilets were shut down for being a bourgeois luxury in 1918. One of them — branded Historic Toilet — has now been restored to its pre-revolutionary grandeur and is open to anyone willing to spend just a little money.

Its communist era hasn’t been forgotten; the Soviet-themed cafe Stolovaya No 57 serves up borscht, pies and pickles along with nostalgia. An ice rink opens each winter.

Tretyakov Gallery: More than 1,300 works of art on display.

If you want to see great works from all over Europe, head to the excellent Pushkin Museum. But if you want to do a deeper dive into Russian art, then the Tretyakov Gallery is the place to go.

The main historical gallery holds more than 1,300 works of Russian art that span from the 11th century to the early 20th century. This is where you can see masterpieces such as “The Appearance of Christ to the People” by Alexander Ivanov and “Trinity” by Andrei Rublev.

If you want to see more modern works, from the past 100 years or so, then the New Tretyakovka is the place for you. About a 25-minute walk from the historical gallery, you can explore works in socialist realism, avant-garde and more here.

If all this doesn’t satiate your appetite for Russian art, then the Tretyakov has associated house museums of important artists.

You’ll have lots of chances to see glories from distant and more recent Russian history. This is where to go if you want to see the future.

Also called “Moscow City,” it’s still a work in progress. The vision of the project is to combine commercial skyscrapers with residential and commercial buildings. The observation platform on the 58th floor of the Imperia business center gets mixed reviews online, in part because other buildings block some of the views.

But if you’re the kind of traveler who likes to see parts of a city off the tourist trail or you like modern skyscrapers, this may be for you.

Moscow City, in the Presnensky district of Moscow about 5.2 kilometers (3.2 miles) from the Grand Kremlin Palace and Red Square

The Central Museum of Armed Forces

One of the world’s finest military museums offers an exhaustive look at the entire history of the Soviet military. Most of the 24-room museum is devoted to the Great Patriotic War (known in the West as World War II).

Among thousands of artifacts, the original Soviet victory flag hoisted over the Reichstag in Berlin in 1945 is here.

Cold War relics include weaponry, spy technology and pieces of Gary Powers’ U-2 spy plane, which was brought down over the USSR in 1960 and has been on display here ever since. Outside, more than 150 weapons, planes, missiles and battle vehicles are on display.

Winzavod, a cluster of galleries, shops and cafes in a former wine factory, has been at the heart of Moscow’s cultural transformation since it was founded in 2007.

Be sure to visit some of the 11 galleries there, such as Osnova Gallery founded in 2014.

A trip to a farmers’ market, or “rynok,” imparts the sights and smells of the countryside without forcing you to leave the city.

Dorogomilovsky is the city’s best-known market. Danilovsky has more character. Near the entrance there’s a booth selling hot lavash flatbread, which you can watch being baked.