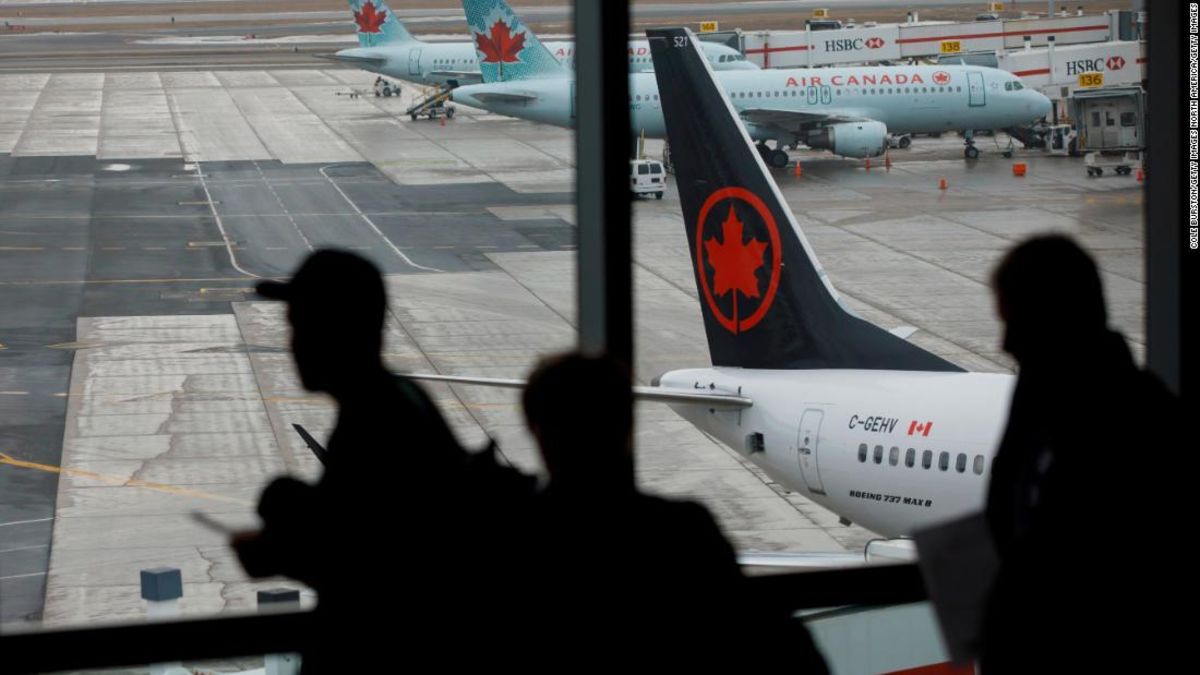 (CNN) — Despite a growing litany of complaints about air travel, passengers continue to pay for the convenience of flying.

A recent complaint turned lawsuit, however, led to a windfall for two travelers — not the airline.

This week, the Federal Court ordered Air Canada to pay more than $15,000 ($21,000 CAD) and send formal apology letters to a French-speaking couple in Ottawa for repeated language equality violations.

The lawsuit concerned more than 22 complaints that Michel and Lynda Thibodeau filed against the airline in 2016.

The couple complained the word “lift” was engraved on seatbelts in English but not in French.

They also alleged the French translations of the words “exit” and “warning” were in smaller characters than the English words, and, finally, that a French language boarding announcement at the airport was less detailed than the English boarding call.

“Air Canada systematically violates the linguistic rights of Francophones,” argued the Thibodeaus, according to the judgment for the case.
The case concerned their rights under the Canadian Charter of Rights and Freedoms and the Official Languages Act, which is meant to ensure that English and French have equal status in Canada.

“Signage must be of equal quality,” Michel Thibodeau told Canadian Broadcasting Corporation (CBC) following the court decision. “My expectation is that within a couple of months, we will be able to fly on any Air Canada plane, and finally signage will be in both official languages.”

This is not the first time the Thibodeaus have filed complaints against Air Canada. But previously, the airline got away with a slap on the wrist — and an apology.

In 2009, Canada’s Supreme Court ruled against the couple. The Thibodeaus didn’t receive any compensation in spite of complaints surrounding a lack of French service on several Air Canada international flights.

The couple also alleged violations of their French language rights on the airline in 2005, 2011 and 2012.

According to the judgment for the most recent case, the Thibodeaus argued for damages which would “compensate them, defend language rights and deter further violations.”

According to court documents, Air Canada argued against being obliged to offer “identical treatment for both languages,” but rather to treat French and English the same.

The airline also argued it was the manufacturer’s decision to engrave “lift” on the seatbelts, the use of which, Air Canada’s defense pointed out, is explained in a bilingual video.

But Federal Court Justice Martine St-Louis sided with the Thibodeaus. Air Canada was ordered to pay $1,500 CAD for each of the Thibodeau’s 14 successful complaints.

Despite the legal disputes, the pair plan to continue flying with Canada’s largest domestic and international airline.

Air Canada could not be immediately reached for comment. CNN has made attempts to locate the Thibodeaus for comment.

Trump administration calls for masks throughout air travel, other guidelines for Covid-19 era
48 hours in . . . Seville, an insider guide to Spain’s steamy southern city
With Europe off limits, US travelers look to the Caribbean
Fiji markets itself as retreat for billionaires during pandemic
TSA casts doubts on effectiveness of passenger temperature checks at airports