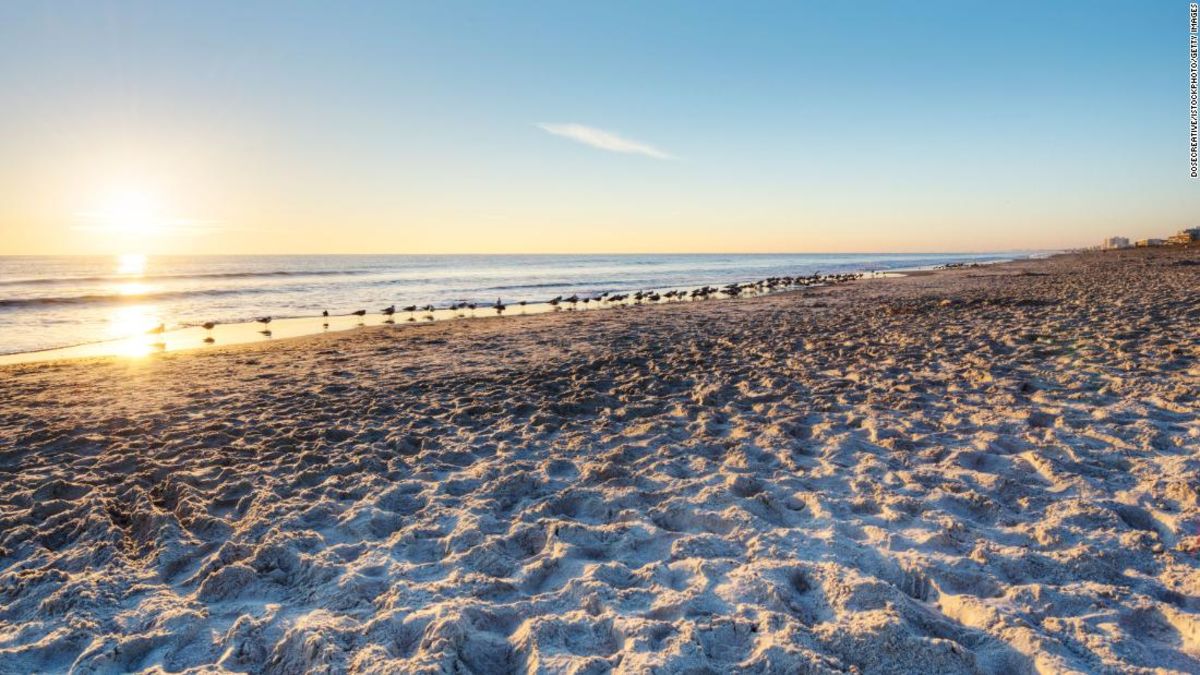 (CNN) — Vacationers headed to Florida for the Labor Day holiday and the unofficial close of summer are in for a nerve-racking weekend.

Hurricane Dorian is expected to strengthen to a powerful Category 4 storm by Sunday and is likely to make landfall along the Florida or Georgia coasts on Monday after rolling through the northern Bahamas over the weekend.

Getting out of the storm’s path will be tricky, as its path is still unpredictable with four days to meander over very warm water.

The advisory follows several previous waivers issued by American Airlines for destinations in the Caribbean.

As of midday Thursday, airlines had canceled more than 80 flights scheduled for Thursday and Friday, according to flight tracking site FlightAware.com.

“These are relatively small numbers, so we would not be surprised if cancellations increased closer to Monday morning as Dorian makes landfall on the east coast of Florida. We would expect flights to and from Orlando, Miami, and other airports in that area to be most affected,” FlightAware said in a statement.

Royal Caribbean cruise line’s private Bahamian island, Perfect Day at CocoCay, will be closed through September 4 so that local employees can secure and evacuate their families and homes, the company said on its web site. Six itineraries had been adjusted by Thursday morning to accommodate the island’s closure.

Guests that pre-purchased Royal Caribbean shore excursions for CocoCay will receive refunds credited to their onboard accounts.

Florida’s beautiful Cocoa Beach is among the Atlantic Coast spots that may see landfall Monday.

On its website, Carnival Cruise Line listed a series of sailings it is monitoring and modifying out of Port Canaveral, Port of Miami, Jacksonville, Fort Lauderdale and Tampa in Florida as well as sailings out of Charleston, South Carolina.

The company said that Disney Dream will set sail as scheduled on Friday, keeping a safe distance from the storm. The itinerary may be modified, depending on the storm’s path.

Disney Dream guests must call 866-325-3905 or 407-566-7032 by noon ET on Friday if they don’t want to sail. They will have until October 31 to choose a new date. There’s no fee to change reservations for this sailing, but there may be a price difference depending on the new trip.

Amusement parks and other attractions

While Dorian’s impact on the inland city packed with theme parks may not be as severe as in coastal communities, Galaxy’s Edge faces a potentially soggy opening weekend and scores of disappointed fans who may opt to reschedule their visits.

Universal Orlando Resort is monitoring the situation. “At this time our park operations and hours are continuing as normal. We have plans and procedures for serious weather that are time-proven and we will continue to make operating decisions as we learn more,” the company said in a statement.

Kennedy Space Center Visitor Complex, one of Central Florida’s most popular tourist destinations, expects to be closed Sunday and Monday because of the storm. The center is moving its Mobile Launch Platform inside, officials announced Thursday.

Lindsay Wolf and her husband had planned to take their children, ages 8 and 10, kayaking and tubing on the Rainbow River with friends who had recently moved to the Ocala area, but the Atlanta family has made other plans.

“It was an easy decision to make to cancel the trip considering how large of an area the meteorologists are expecting the storm to make landfall,” Wolf said.

She knew the rain would ruin their time in the sun, and the roads would be filled with evacuees heading north.

Luckily for her family, she found a hotel with an available room in Orange Beach, Alabama, “so we will still get sun and water,” she said. “Plus, we will get out of there before any of the rain makes it there.”

“The kids will understand one day, but last night our son didn’t eat dinner and both kids cried their little eyes out.”

Travel-starved Taiwanese sign up for fake flights to nowhere
Vote for your favorite hotels and resorts across America
You can find these 10 incredible animals in U.S. national parks
Is the world turning its back on US tourists?
Women Are Now Revitalizing The Traditional Male-Only Japanese Sake Industry