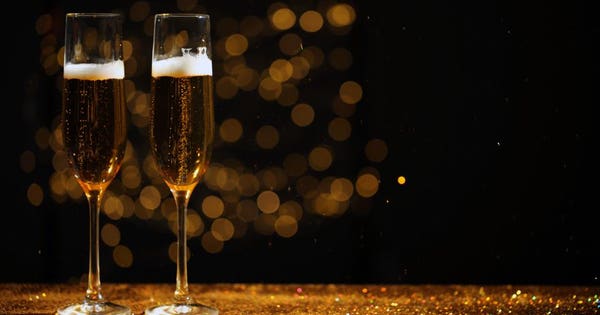 It had been few years since we’d last conducted a consumer tasting of Prosecco wines, where we brought together a dozen or so enthusiastic consumers and asked them for their candid opinions on a range of Prosecco bottles that our group blind-tasted together.

You can read the details for yourself (a bit of foreshadowing: the article is called “Is Expensive Prosecco Worth the Price?”) but here’s the bottom line: even without any formal training in analyzing wine, and even while tasting blind, the consumer group picked out the bottles of Prosecco that would generally be considered superior quality.

Whether they would pay upwards of $40 to $60 for those bottles is another question.

But my point today is that the consumers knew. Which is something I ought to have kept in mind as we chose the wines for an updated version of the tasting this past week.

“Let’s change things up,” we thought. “Let’s include a few non-Prosecco sparkling wines in the line-up, and see how they fare.” Particularly since this would also be a blind tasting, it seemed like a good opportunity to get an unbiased read on a few different examples of the sparkling category.

Glasses of champagne and golden glitter on table against blurred background. Photocredit: Getty

So we did. We included a sparkling wine from California (2013 vintage from Carneros) and another one from Italy (2010 vintage from Trento DOC), along with a set of Proseccos ranging from $12 bottles you could find anywhere and $30+ bottles classified as Prosecco Superiore DOCG.

You can probably guess what happened. The consumers knew. Even tasting blind, they knew.

Did they know that one bottle was a 2013 vintage sparkling wine from Carneros? No, but they nailed the “higher alcohol content than I expected” of this wine and its yeasty character that caught them off guard. They knew that, as the old children’s song goes, “one of these things was not like the other.”

Did the tasters know that one bottle was a 2010 vintage sparkling wine from Trento DOC? No, and nor were they overly familiar with Trentino-Alto Adige (one of my personal favorite areas) in Italy as a region of origin for sparkling wine. But they noticed the difference in color straight away, as a “tip off” that something was unusual about that particular pour. They noticed the fuller flavor and the deeper fruit, and they wondered whether this wine had a higher percentage of a different blended grape.

One taster called it the “Goldilocks” version of a wine (meaning not too dry and not too sweet), and another said he “wouldn’t think of it as a Prosecco at all,” well before we revealed that is was not, indeed, a Prosecco at all. Several tasters identified this wine (2010 Millesimato from Altemasi) as their favorite of the night.

That’s one major takeaway from this tasting: underestimate the consumer only at your own risk, even in the case of Prosecco as a category. Though Prosecco producers often fight against an unfortunate reputation of mass-produced, lower-quality wines flooding the market in order to satisfy demand, consumers nonetheless differentiate fresh and satisfying options from limpid or bitter ones.

Where does all of that leave the Proseccos that we tasted blind last week? Here were five additional takeaways from the group discussion that caught my ear.

A company with rights to remove artifacts from the Titanic asks court to allow it to recover famous radio
Most Americans will need a new ID to fly, starting in October
Kyoto launches ’empty tourism’ campaign amid coronavirus outbreak
A YouTuber’s fancy Bali vacation sure looked nice. Nope, the photos were taken in an Ikea
A miniature service horse finally flew on a plane after months of training. It could be the last time