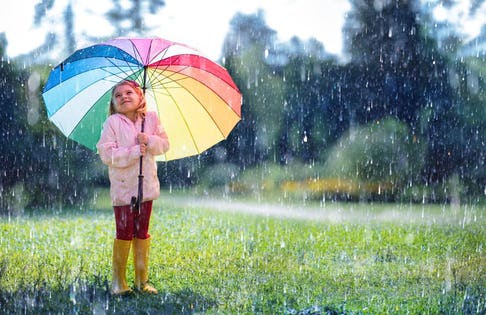 Leslie Henderson stood outside Lazy Magnolia Brewery in Kiln, Mississippi on a rainy day in August, 2019. “Every drop that hits the roof is used,” she said. As co-founder and manager of the brewery, her perspective on the wet stuff is unique.

All that rain is being bottled up, right there at her brewery.

Born in 2005, Lazy Magnolia is the oldest packaging brewery in Mississippi, and the first since prohibition in 1907. As a business located in one of only four states that have approved the use of rainwater as a source of potable water, Lazy Magnolia uses its facility to “fill the pipeline,” bottling sparkling water for Richard’s Rainwater.

Richard’s Rainwater now produces more than 2 million bottles and collects over 30,000 gallons every time it rains one inch at one of the sites — in Dripping Springs and Lazy Magnolia Brewery.

The approval to expand into Lazy Magnolia’s Mississippi facility was tendered earlier this year, with potential brewery relationships on the table in Austin, Atlanta and Houston. The company’s next goal is to begin collecting rainwater in communities across the country, to eliminate the need to move bottled water long distances.

Bottling rainwater is an “elegant but simple solution to one of the world’s biggest problems,” says Richard’s Rainwater chief executive officer Taylor O’Neill. The key to providing access to clean rainwater is “not to let it get dirty in the first place,” explains O’Neill.

Rain is captured via rooftops that drain into a low energy filtration and sanitation system. To flush any contaminants that may be on the roof and other surfaces, a certain early amount of each rainfall occurrence is discarded. If the idea of rainwater sounds impure, consider this: it contains no chemical runoff and thus doesn’t require energy- and chemical-intensive treatment.

And rainwater is renewable, unlike groundwater which is already a finite factor of the water table. And while Richard’s Rainwater is purified, O’Neill says that it’s naturally cleaner than standards upon collection. “Overall, the environment works very well,” says O’Neill.

At Lazy Magnolia, for example, the collection tank and purification system are on display, visible from the tap room. “When you understand where your beer and water comes from” says Henderson, “you have a greater appreciation for what you are drinking and where you are in the world.”

For now, the company bottles and sells water in single-use containers: recyclable plastic for still water and glass for sparkling water. In time packaging will be eliminated in favor of a dispenser system: “We hope to be a bottled water company without the bottle,” says O’Neill.

While collected rainwater could have many uses, Richard’s Rainwater is 100% potable. “The highest and best use is consumption by humans,” says O’Neill. The company is proud to donate water, where applicable. O’Neill says the ultimate vision is to solve problems caused by a lack of access to clean water and to address the issue of unsatisfactory public water supplies around the world.

For now, Lazy Magnolia Brewery simply provides the collection site and facility to bottle rainwater, but there’s talk of a potential rainwater beer in the future. “Water chemistry is such a big part of beer flavor,” says Henderson.

Still, the water has on-site value — Lazy Magnolia is actually the destination for many educational field trips for local youth and it’s also a family-friendly brewery. “Quite a few underage people come through, now they have water to enjoy,” says Henderson.

“Think about what clean water means to you. We spend a lot of time understanding how to explain this concept to people,” says O’Neill of the unorthodox, yet simple, approach to rainwater, a resource with uses beyond the current applications. Adults, O’Neill says, don’t always buy-in right away but “the kids get it instantly.”